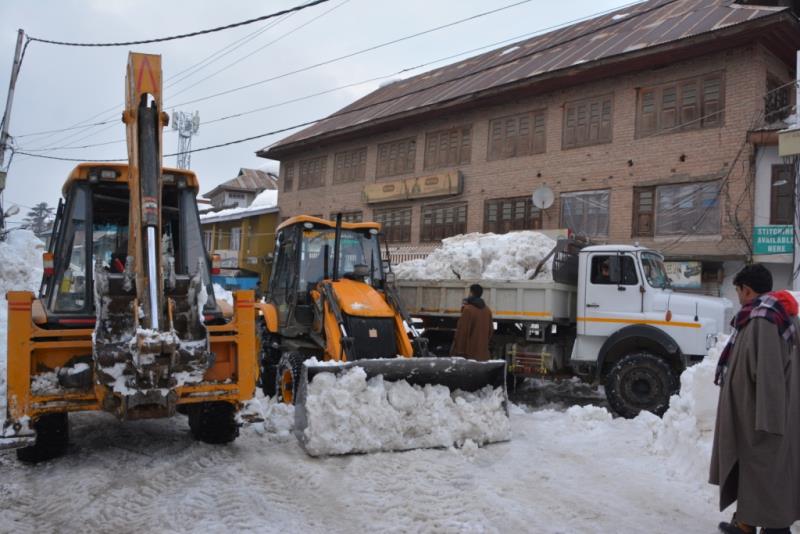 Tippers pressed into service to lift snow from roads at Shopian

Shopian: The District Administration Shopian today availed the service of tippers to lift the snow from streets and lanes where the snow falling from steep roofs had accumulated in the form of mounds.

It was given out that this step was taken after the snow mounds on streets created hurdles in the snow clearing operations besides putting the lives of pedestrians at risk.

It was further informed that the snow falling from the steep roofs without snow guards is dangerous and therefore the District Administration has also issued an order in this regard asking people, whose shops and houses were located on the either side of the streets or close to walkways, to put snow stoppers atop their roofs.

Meanwhile, the locals have hailed this step of the district administration to ensure smooth traffic and pedestrian movement in the district.

iednewsdesk Jul 29, 2021
During the early months of the COVID-19 pandemic, having to make rent or mortgage payments was significantly…

Johns Hopkins University: Fruit Compound May Have Potential to Prevent…