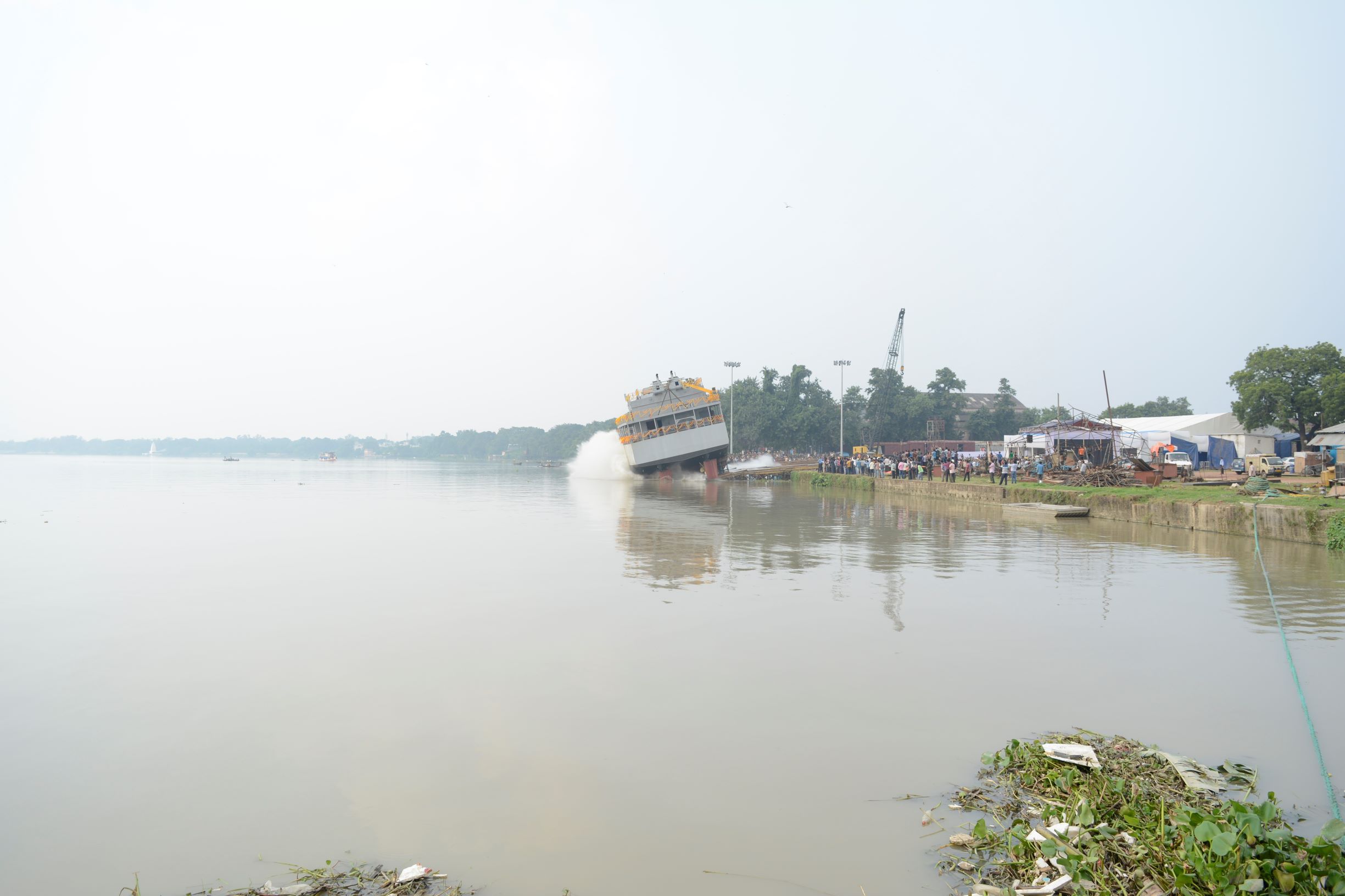 Kolkata: Titagarh Wagons Limited(BSE: 532966|NSE: TWL), a flagship company of the Titagarh Group, has once again showcased its commitment towards the Government’s vision of ‘Make in India’, by successfully launching the second of the four vessels being built for Indian Navy and Ministry of Earth Sciences respectively. On 9th of May, 2017, Titagarhhad started the construction of two 1000T fuel barges for Indian Navy and two Coastal Research Vessels for National Institute of Ocean Technology (NIOT) (under Ministry of Earth Sciences, Govt. of India) at their Titagarh Shipyard at B.T. Road near Kolkata.First fuel barge of Indian Navy was launched from same shipyard on 17th May this year. The first barge is presently undergoing final sea trials and will be handed over to Indian navy next month for use of western fleet ships based at Mumbai.

The second barge which is being launched on 28thSeptember will be handed over to Indian Navy in December this year for use in their Karwar baseThe remarkableofficial event of this ship launch was graced by the august presence of Mrs. Renu Rajaram, Wife of Rear Admiral Rajaram Swaminathan,NM, Assistant Chief of Material, Indian Navy, Mr. Jagdish Prasad Chowdhary, Executive ChairmanandMr. Umesh Chowdhary, Vice Chairman & Managing Director, Titagarh Wagons Limited. Various other dignitaries were also present marking this a momentous occasion commemorating the milestone in the company’s history.

On this auspicious day, Mr. Jagdish Prasad Chowdhary, Executive Chairman, Titagarh Wagons Limited, stated, “Today it is yet another momentous occasion for usthat we have successfully launched the second ship for the Indian Navy.We are also simultaneously building two coastal research vessels for National Institute of Ocean Technology. These research vessels are being built with state of art technology and have most modern equipment fitted. These two ships which are under construction now will be launched in next six months and will strengthen capabilities of Indian Maritime and Oceanic study. It is pertinent to mention here that Titagarh shipyard will have unique distinction of launching four ships from newly built shipyard within a short span of one year. Titagarh has got plans to expand their shipbuilding activities towards Warship building in near future.”

Rear Admiral Rajaram Swaminathan,NM, Assistant Chief of Material,Indian Navy, said,“The contribution made by Titagarh towards these advanced ship building for Indian Navy is supremely commendable. On behalf of Indian Navy, I would like to congratulate the team of designers, engineers, technicians, quality controllers and the members of the Naval overseeing team for their tireless efforts in successfully achieving this momentous milestone of launching the second 1000T vessel to support INS Vikramaditya.”
Titagarh Wagons has already obtained new orders from Government of West Bengal for building 40 Nos. Passenger Boats and has participated in various tenders where the results should come out in next six-eight months. Today, with the launch of second ship in a short span of four months, the Companyhas demonstratedits capabilityin shipbuilding