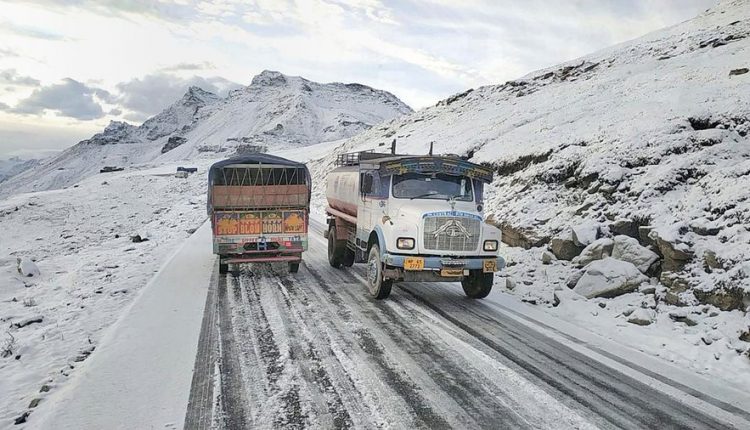 WASHINGTON:  Black carbon deposits originating from factories, cooking and vehicles are compounding the effects of climate change to speed up the melting of the Himalayan glaciers. More aggressively curbing black carbon emissions can slow glacier melt and improve the security of water resources in the region, according to a new World Bank report.

Current policies in place to reduce black carbon emissions – through enhancing fuel-efficiency standards, phasing out diesel vehicles and promoting electric cars – while laudable, will still reduce black carbon deposits by only 23 percent, not enough to prevent an acceleration of water releases from glacier melt in the region, according to Glaciers of the Himalayas: Climate Change, Black Carbon and Regional Resilience. However, new economically and technically feasible policies are within reach to contain glacier melt at current levels.

For example, improving the efficiency of brick kilns, which account for roughly half of black carbon emissions, would reduce melt-accelerating deposits, and modest up-front investments that would quickly pay off are available. Cleaner cookstoves and cleaner fuels are another key way to reduce black carbon emissions. Incentivizing households to switch from biomass or coal to liquefied petroleum gas (LPG), and, in the long run, to solar energy could achieve this.

“Recent devastating flash floods attributed to a collapsing glacier in the Himalayas were a sobering reminder of the sometimes disastrous effects of climate change and the dangers we have to protect against,” said Hartwig Schafer, World Bank Vice President for South Asia. “As glaciers shrink, the lives and livelihoods of many people downstream are affected by changes in the water supply. We can slow glacier melt by collectively acting to curb the black carbon deposits that are speeding the thinning of the ice. Regional cooperation to protect these resources will pay important dividends for the health and well-being of the people in the region.”

The mountain ranges of the Himalayas, the Hindu Kush, and the Karakoram span 2,400 kilometers across six nations and contain 60,000 km² of ice – storing more water than anywhere besides the Arctic and Antarctic. Melting glaciers and loss of seasonal snow pose significant risks not just to the people who live at their foot but to the stability of water resources in the South Asia region more broadly. The impacts will only get worse unless greater efforts are made to curb black carbon deposits that are accelerating melting.

More than 750 million people depend on the glacier- and snow-fed Indus, Ganges, and Brahmaputra rivers for freshwater, and changes in the volume and timing of flows will have important economic and social implications. By 2050, from 1.5 billion to 1.7 billion people in South Asia are projected to be vulnerable to water scarcity.

Glaciers of the Himalayas finds that in addition to changing temperatures and precipitation patterns, black carbon deposits – air-borne particles generated by incomplete combustion from brick kilns, diesel exhaust, and the burning of biomass – are accelerating glacier and snow melt in these ranges. Business-as-usual practices would further speed glacier melt, with harmful implications for the health and well-being of people in the region.

Finally, countries in South Asia must work together to manage hydropower resources, an important source for the region’s clean energy needs and a generator of energy trade and security. Unstable water flow from glacier melt and more variable precipitation underscore the need to stabilize availability over the longer term to make hydropower more viable.

Fully addressing the challenges associated with the melting glaciers of the Himalayas is a transboundary task that goes beyond the scope of a single country’s policymakers. Regional cooperation will be necessary to create joint adaptation strategies. A first step could be sharing information about the evolving state of glaciers and risks associated with it.

“Water resource management policies must evolve because the trends we are observing point to a different and more challenging future,” said Muthukumara Mani, lead economist in the World Bank’s South Asia region and a lead author of the report. “Success will require an active and agile cooperation between researchers and policymakers so both groups can continue to learn about the problems at hand.”

Research for the report received support from the South Asia Water Initiative, a trust fund supported by the United Kingdom’s Foreign, Commonwealth and Development Office, Australia’s Department of Foreign Affairs, and Norway.

Excursion to the Petrozavodsk branch of JSC…

Excursion to the Petrozavodsk branch of JSC “AEM-technologies”

Three programs of PetrSU have passed professional and public accreditation

Unvaccinated persons to be tested at entry of Shopping Stores/ Malls:…

Execution of Devika project; District administration is open to any…