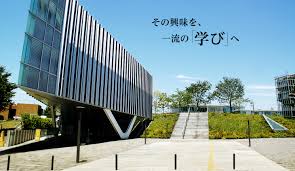 RoboCupJunior is a project-oriented educational initiative that sponsors local, regional, and international robotic events for students aged 19 and under. The RoboCup International Committee is based in Switzerland, while Regional Committees exist all over the world. The competition is divided into three leagues – soccer, on-stage, and rescue.

The high school students participated in the rescue simulation contest. In this tournament, robots advanced through a maze resembling a disaster area, searching for victims, and identifying and reporting the position and symptoms of these victims using image recognition. The level of achievement of each team’s robot was judged based on points accumulated and time spent to achieve the tasks.

Screenshot during contest
Specifically, teams instructed their robot on how to control its left and right motor, relying on information from various sensors similar to those mounted on actual robots. Students also created programs that autonomously recognize characters written on walls and detect heat to avoid hidden obstacles and traps. Source codes were submitted and tested on previously undisclosed courses in the organizer’s simulation environment.

Nisshin Yasui, a team of two second-year students studying information systems at Tokyo Tech High School of Science and Technology, put in an excellent performance despite initial worries. When members of the microcomputer control club were asked to participate, they hesitated at first as all information related to the contest was in English. Although past competitions had domestic qualifying rounds, the organizer aimed for generating awareness of the newly developed simulation environment. Therefore, interested students were able to directly join the finals this year. Encouraged by this new format, Nisshin Yasui submitted its code and introductory video before the deadline.

Nisshin Yasui is a play on words of the Japanese phrase nisshin geppo, which loosely translates to “steady progress.” Nisshin Yasui refers to “progress during the day, sound sleep at night.”

Our team spent too much time creating the environment and had little experience with Python, so we had a slow start and did not have much time to write the program itself. Still, during the four-day weekend before the deadline, we spent about 20 hours online, discussing and developing the program, utilizing the programming algorithms we had learned in class and during club activities. Our efforts earned us third place, and we are grateful to all those who cooperated and supported us.

Despite our lack of experience with Python, we utilized the knowledge we had acquired in class on C language basics and 2D arrays for putting together a program. The four consecutive holidays in September allowed us to cooperate and consult each other remotely when needed. I learned a lot through my responsibilities of preparing the mapping, breadth-first search, and image recognition. We achieved third place thanks to cooperation from various people, but most of all my teammate Hiroaki, who worked on the robot’s movements and detection of obstacles and traps based on the right-hand rule. Thank you everyone!