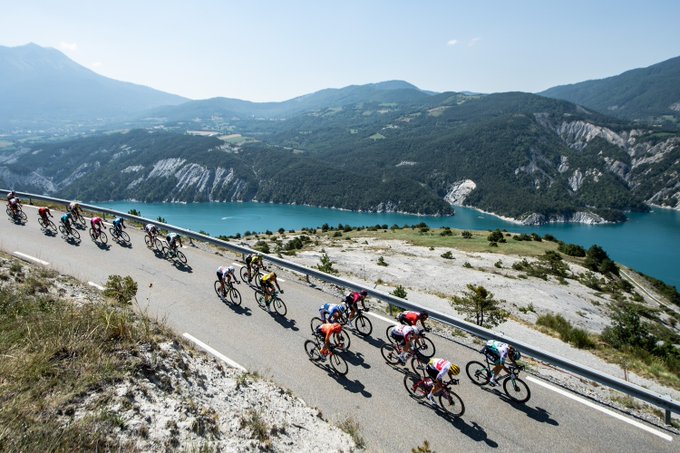 New Delhi: The world’s most famous cycling race Tour de France has been postponed in the wake of Corona virus pandemic. The three-week race was set to start on 27th of June in the Riviera city of Nice has been set for August. This year’s event has 21 stages, with the longest of them stretching 218 kilometres (135 miles).

The decision came after French President Emmanuel Macron announced in his speech to the nation that all public events with large crowds have been cancelled until at least mid-July. The last time the Tour was not held was in 1946, with the nation still emerging from World War-II. It was also stopped during World War-I.

Following the President’s address on Monday evening, where large-scale events were banned in France until mid-July as a part of the fight against the spread of COVID-19, the organisers of the Tour de France, in agreement with the Union Cycliste Internationale (UCI), have decided to postpone the Tour de France to Saturday 29th August to Sunday 20th September 2020.

University of Cambridge: The women helping to change the…

Initially scheduled to take place from the 27th June to the 19th July, the Tour de France will follow the same route, with no changes, from Nice to Paris. Over the last few weeks, there has been constant communication between riders, teams, the organisers as well as other relevant third parties all with the support of the UCI, who are responsible for arranging a new global cycling schedule, in which the Tour de France takes pride of place.

The organisers of the Tour de France are in regular contact with and have reached agreement with all of the different parties involved, from the local communities to the public authorities.

We would like to thank all of cycling’s stakeholders, the Tour de France’s partners, its broadcasters as well as all of the local authorities for their reactivity and their support. We all hope that the 2020 Tour de France will help to turn the page on the difficult period that we are currently experiencing.

Central University of Odisha, Koraput pioneers ICT based education Lecture Series on “COVID-19 and After”.

University of Cambridge: The women helping to change the story of ovarian cancer

iednewsdesk Jan 27, 2022
Though more real-world accident data is needed to quantify risk on a largerOur findings could add to the evidence…