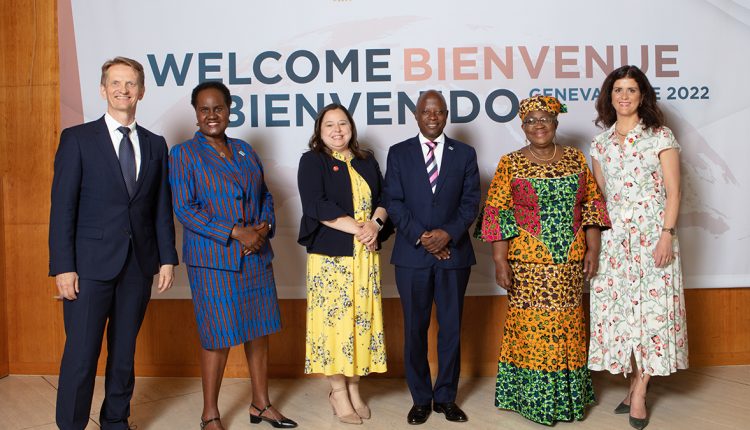 The three co-chairs of the Informal Working Group on Trade and Gender — Botswana, El Salvador and Iceland — on 12 June issued a statement at the 12th Ministerial Conference highlighting the achievements of WTO members’ joint work and reaffirming their commitment to advancing gender equality in trade.

The co-chairs reported that members in the Informal Working Group have begun implementing the first work plan on trade and gender at the WTO, based on four pillars: working on gender-responsive trade policy and sharing experiences; applying a gender lens to the work of the WTO; reviewing and discussing gender-related research and analytical work; and exploring how best to support the delivery of the WTO Aid for Trade work programme. In addition to these four pillars, the co-chairs also intend to focus on issues related to the collection of data in trade broken down by gender, an area which needs further understanding and knowledge.

More than 120 WTO members, representing 75 per cent of the Organization’s membership, are part of the Informal Working Group established on 23 September 2020.

The work of WTO members on women’s economic empowerment is supported by the WTO Trade and Gender Unit, which is currently focusing on three main priorities: 1) promoting gender-responsive trade policy making, 2) driving research on trade and gender globally through the WTO Gender Research Hub and 3) making Aid for Trade work for women. On 5-7 December, the WTO Trade and Gender unit with the WTO Gender Research Hub will organise the World Trade Congress on Gender, the first global research conference dedicated to trade and gender.