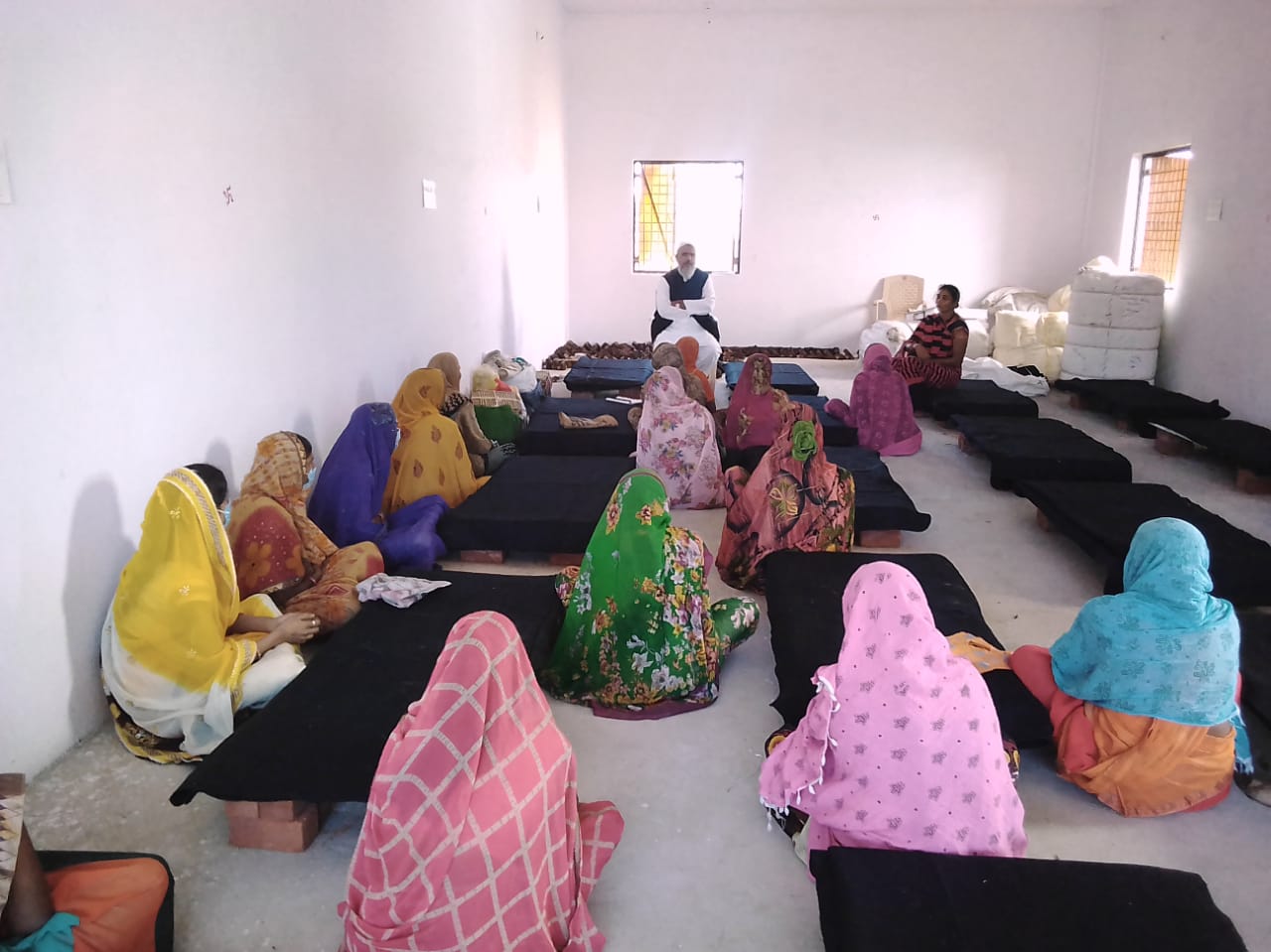 Training being imparted to tribal artisans in Bagh, Maheshwari and Chanderi traditions in Barwani in TRIFED project

New Delhi: Among the many initiatives that TRIFED is carrying out in its mission to bring the tribal population towards mainstream empowerment, a major ongoing one is the work being done in Barwani, Madhya Pradesh, where the second batch of Bagh print training started on December 22, 2020. The training for Maheshwari and Chanderi textile traditions are to commence shortly.

In the Barwani project, which is being implemented by TRIFED through the district administration, and funded by Bharat Petroleum under its CSR quota, more than 200 tribal beneficiaries have been identified. These local tribals will be imparted training in Bagh, Maheshwari and Chanderi textile traditions so that they learn newer skills and use them to enhance their livelihoods.
The second batch of the tribal beneficiaries in Bagh printing are once again being trained by Padmashri Yusuf Khatri of the Bagh family, a pioneer in Bagh printing. The Khatri family are pioneers in this craft tradition and have been undertaking it for generations. Shri Khatri had been requested earlier to impart the training in Bagh print for both the batches. The first batch of training for a select number of tribal beneficiaries had been started in Rehgun village in February 2020, however it was halted due to the lockdown. It recommenced in July 2020. The second batch of Bagh print training commenced on December 22, 2020.

A total of 1.88 crores has been allotted to train almost 1000 tribal women in Bagh print, Chanderi and Maheshwar styles over a period of 1 year. Master trainers for the Maheshwari and Chanderi traditions have also been selected. As a part of this training, these tribal artisans have learned to print bedsheets as of now. They are in the process of learning printing on sarees and suit pieces.
The handicrafts and products made by these clusters of artisans who will hone their skills by learning from the master craftsmen will be purchased by TRIFED and showcased and marketed at all Tribes India outlets across their country. They will also be on sale on Tribes India’s e-market platform, where the artisans can themselves upload and sell their products.
In a fast changing world, where modernity, technology and development have taken root and primitive indigenous ways of living are but a thing of the past, found in text books, this is a small effort in trying to preserve the arts and crafts and traditions of tribal communities.