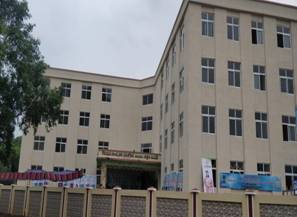 The program was organised by TRI Andhra Pradesh. Smt.Pamula Pushpa Srivaniji highlighted various activities of TRI AP, lauded the efforts of team of officers and thanked Ministry of Tribal Affairs for providing support for the building and various projects to TRI AP.

Speaking on the occasionSh. Arjun Munda, who joined through VC said that TRIs have a very important role to play in preservation of tribal cultural heritage, providing inputs to States for evidence based planning and appropriate legislations, capacity building, and dissemination of information and creation of awareness. He said that TRIs should not only do “research on tribals but research for tribals”. They should focus on their core responsibilities as body of knowledge & research as a think tank for tribal development He said Ministry is funding 27 Tribal Research Institutions for research on various aspects of tribal life and culture and has also provided funds to 10 TRIs for construction of building and upgrading infrastructure.

The Prime Minister, in review meeting on 20th January 2015 had emphasised that “TRIs should have larger role in policy making pertaining to the Scheduled Tribes. TRIs should be developed into “top-class research centres”. Thereafter NITI Aayog constituted a Sub-Group under the Chairmanship of Dr. S.M. Jharawal, Chancellor, Indira Gandhi National Tribal University, Amarkantak, with representation from the Ministry of Tribal Affairs, TRIs and other Ministries.

The sub group report found that there was no National level Institute for tribal research and development. and existing TRIs need to be strengthened and revamped. Though envisaged to work as body of knowledge & research as a think tank for tribal development, many TRIs were busy with routine administrative work in the State Social Welfare / Tribal Welfare Departments. Therefore, they failed to achieve the assigned tasks.

Based on recommendations of expert group and NITI Aayog, the budget of TRI scheme has increased from Rs. 13 cr in 2013-14 to Rs 120 cr in 2019-20. 9 TRIs have been sanctioned after 2014-15. Under scheme of “Support to TRIs” many states and UTs have come forward for setting up State TRIs and many existing TRIs have been provided funds for upgrading infrastructure. A National Level Tribal Research Institute is being set up and made functional at the campus of Indian Institute of Public Administration. Out of 27 TRIs ,13 TRIs have their own building, including Andhra Pradesh and Uttarakhand . TRI Uttarakhand building was completed and inaugurated in 2019. The buildings of 9 TRIs are under construction. 5 TRIs operate from Govt or University buildings.

Speaking on occasion Sh. Anil Kumar Jha, Secretary Ministry of Tribal Affairs said that Ministry is administrating the scheme of Support of Tribal Research Institute and providing support for their infrastructural needs, Research & documentation activities, Training & Capacity Building programmes, to promote and preserve tribal art & culture, evaluation studies. He asked TRIs to do action research which not only identifies problems related to tribals but also finds solution, as pointed out by Tribal Affairs Minister. He asked all States to expedite completion of TRI buildings and tribal museums.

Speaking on the occasion, Dr Naval Jit Kapoor , Joint secretary of the Ministry said that Ministry has taken various IT initiatives like developing TRIPortal, Digital repository and Adiprashikshan portal to monitor the projects given to TRIs.