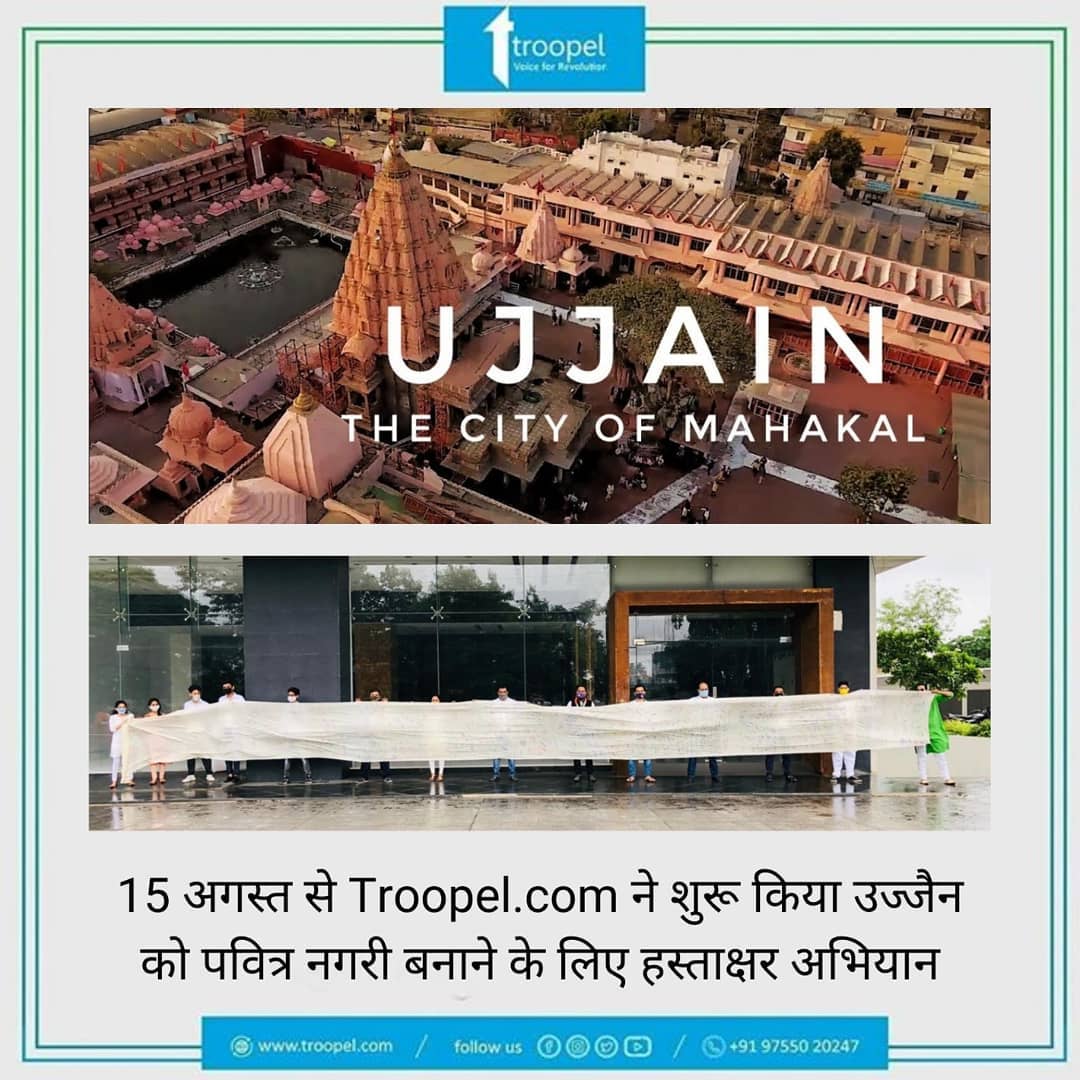 Talking about the campaign, Mr. AtulMalikram, the co-founder of the channel, said that “The channel intended to make people across the country aware of the sanctity and purity of holy Ujjain city. The mission of this campaign is to create a recall and re-define Ujjain as a spiritual city. People hailing from various cities and towns will be a part of this ongoing campaign.”

Even though Ujjain is already a pilgrimage town according to the religious beliefs, this initiative strives to make it an ideal holy city of India where cleanliness and purity should be maintained and all the liquor and non-veg shops, within a one-kilometer radius of the Mahakal temple should be removed. The channel has also taken up an online survey and digital signature campaign, adopting new technologies in which Mahakal devotees from all over the country are joining to make their significant contribution as part of this religious initiative. Ujjain should be recognized as one such religious city which should be beautified according to the Swachh Bharat Abhiyan.

The channel has adopted various new technologies and initiated an online survey and digital signature campaign, in which Mahakal devotees from all over the country are joining and making their significant contribution as part of this religious initiative. If you are in favor of joining this initiative, click on https://bit.ly/troopelujjain to be a part of the survey, and visit troopel.com for more information.