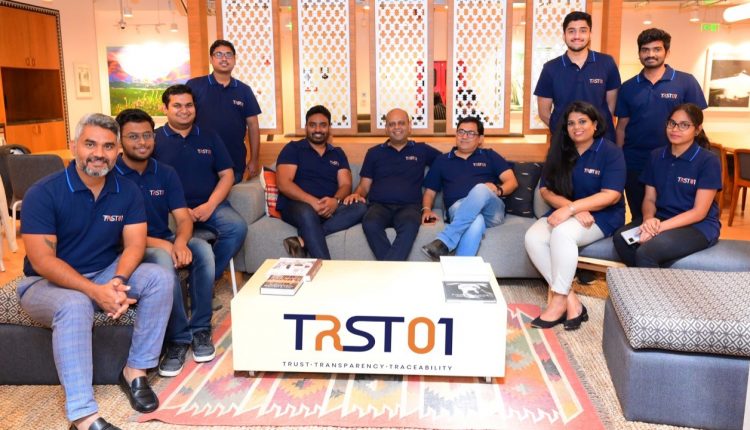 To commemorate Earth Day TRST01 listed ‘Bhu’ NFT, which is ’Made in India’ and the country’s first real world carbon offset non-fungible token, on OpenSea marketplace.

Bhu is an NFT representing 1000 kg of carbon sequestration or one carbon credit, which is a real-world tradable asset.

The size of the carbon offset market is expected to grow from the current $4-5 billion to $400-650 billion by 2030.  World is moving towards carbon neutrality at a faster pace and there is a supply and demand gap, which is going to come up in a big way by 2025.

Based on Polygon blockchain, Bhu NFT aims to address an important pain point of the carbon offset business through the use of Blockchain technology.

Previously, carbon offset was only used by the industry players who wanted to offset their carbon emission. Now people can buy and sell carbon credits through this non-fungible token.

Speaking on occasion, Dr Srikanta K Panigrahi, Director-General of the Indian Institute of Sustainable Development said,  “Nature has the power to recoup itself. Still, because of the excessive extortion on nature, the earth’s average temperature has gone beyond the tolerance limit of 1.2degree centigrade. We have lost more than 30% of our biodiversity; agricultural productivity has decreased and so many all these are related to the increase in earth temp. I am highly delighted that TRST01 zero has planned on such an auspicious occasion to launch their first carbon broken, engage with five essential elements (Pancha Maha Bhutas), and blockchain is such a critical technology which enables the trust and transparency in the ecosystem. he further said, with the release of the first carbon Token, we are celebrating the earth and Pancha bhutas”

Speaking on occasion, Mr Jayesh Ranja, Principal secretary and IT secretary –  Govt of Telangana said,  “This is very appreciable how the TRST01 team has come up with a novel idea for Carbon Credit NFT. He said Gamification is the best way to change the societal habit toward climate change. He further said Telangana state is aggressively promoting the emerging technology and web3.0 ecosystem in the state.”

Speaking on the occasion Prabir Mishra, Co-Founder and CEO of TRST01, “Stressed the importance of end to end Blockchain traceability on Carbon sequestration. and NFT tokenisation will further enhance the value in the climate ecosystem. He said that the globe is moving towards carbon neutrality at a faster pace and there is a supply and demand gap, which is going to come up in a big way by 2025.

‘We have made education a political priority,’ says Manish Sisodia at GITAM