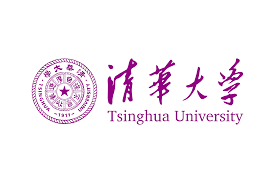 Compass-inspired ‘pointers’ absorbed into porous catalysts can pinpoint the atoms in a surrounding material with the weakest force fields. The pointer was designed by Wei Fei’s team at Tsinghua’s Department of Chemical Engineering, and their findings were published in Nature in April, 20211.

The faint forces being measured, which are known as van der Waals interactions, could play a role in the efficiency of catalysts used to help reduce harmful emissions released by industry using fossil fuels. “Explaining the van der Waal interaction mechanisms could help us design better catalysts and improve the conversion rate and selectivity of reactions,” says Wei.

His team used an aromatic hydrocarbon, para-xylene, as a molecular pointer. The para-xylene molecule contains two opposite methyl groups that make a long axis across the channel,” explains Wei. These will ‘point’ to the atoms around it with the lowest energy.

In the study, the para-xylene molecules were absorbed in to the straight channels that make up some of the porosity of an aluminosilicate mineral. The mineral, a zeolite catalyst known as ZSM-5, is widely used in processes for the petrochemical industry as well as automotive and industrial emissions reduction. “MFI-type zeolites, such as ZSM-5, have straight channels that can only accommodate a single para-xylene molecule at a time,” says Wei. Previous studies had shown that the long molecular axes of the pointer would end up almost parallel to the straight channel, unless there were other host-guest interactions at play.

Wei Fei has been studying the potential of molecules, para-xylene and benzene, for use as pointers to surrounding atoms with low van der Waals forces. On screen benzene molecules (the white dots on the screen) are confined within the porous channel of the industrially useful zeolite catalyst, ZSM-5 (purple and blue on screen). They line up with the lowest energy atoms.

When the team measured the orientation of the para-xylene pointers, they used advanced microscopy imaging technology. Wei stresses that advances to integrated differential phase contrast scanning transmission electron microscopy (iDPC-STEM) is what has made the recent finding possible.

Ultimately, imaging the orientations of para-xylene pointers will provide information on both the spatial distribution and real-time changes of van der Waals potential fields in porous material channels, says Wei.

Recently, using in situ electron microscopy, the team also imaged the subcell topological flexibility of the pores in ZSM-5 zeolites2, using the industrial chemical benzene as the probe molecule. “Zeolites are catalysts widely used in industry,” explains Wei. “Benzene, and its derivatives are intermediates in many catalytic reactions, so the van der Waals interactions between the two are closely related to catalytic mechanisms.”

This method could, for example, help researchers better understand reactions, such as the transformation of methanol into formaldehyde and formic acid, which are widely used in many building materials. Wei adds that the hydrocarbons used in many industrial-important processes, including methanol conversion, consist a lot of benzene ring structures, which are able to be imaged in the same way.