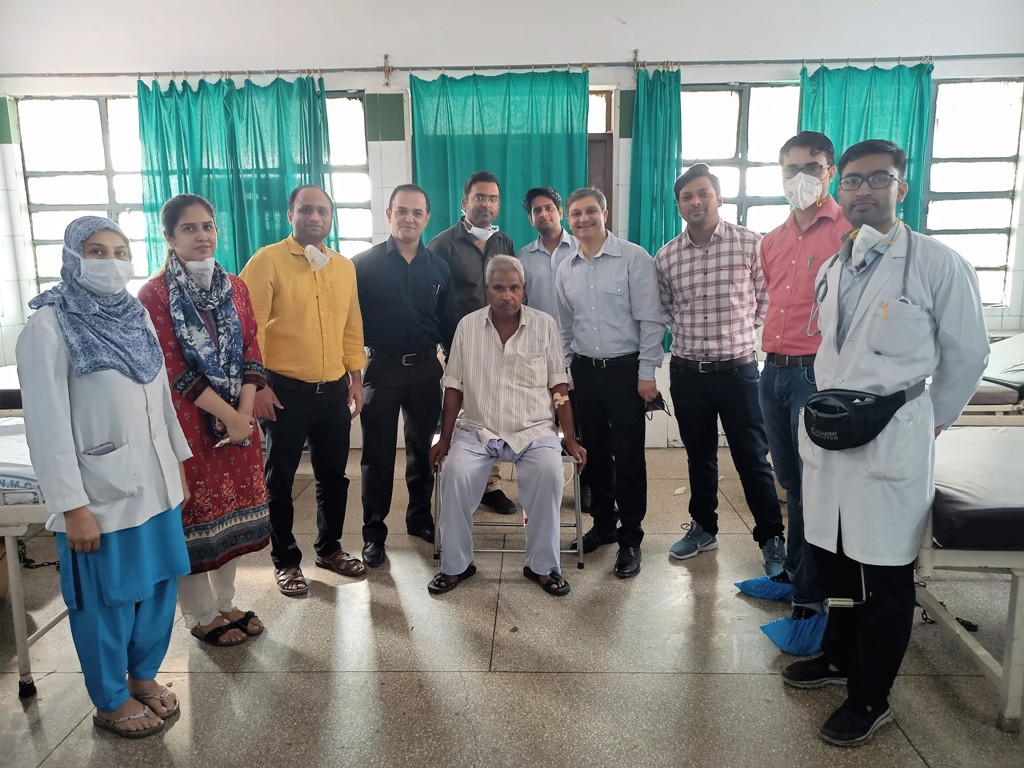 Aligarh: Fifty-four-year-old, Sitaram, a resident of Chharra in Aligarh district now walks smoothly, it means a lot to him as he carried a 24 kg tumour in his stomach for almost one-and-a-half year. Nobody had a cure for it but his prayers were answered when he reached the Jawaharlal Nehru Medical College (JNMC), Aligarh Muslim University.

The tumour was removed from the abdomen by a team of surgeons led by Dr Shahbaz Habib Faridi, under the supervision of Prof Syed Hasan Harris (Department of Surgery) through a complex surgery.

“Sitaram was suffering from the ill effects of his tumour since 2018. At that time, he hardly knew what he was heading towards, complaining of severe stomach aches. He described how he took painkillers to treat the pain that would start from one side of his stomach and move towards the other side and then to the centre of the abdomen, making it difficult to perform routine activities,” said Prof Hasan Harris.

He added: “Sitaram visited hospitals in Uttar Pradesh and Delhi, but to no avail. The private hospitals were charging exorbitant fees and many low-budget health centres turned him down due to the pandemic load.”

“We immediately conducted the pre-surgery investigations after he reached JNMC. The tests revealed that the patient had no choice but to be operated. It would not be an exaggeration to say that the surgery was rare and risky as the malignant tumour was suppressing his major organs and moreover the surgical procedure required resecting around 80 percent of stomach,” said Dr Shahbaz Habib Faridi adding that there were chances of excessive blood loss.

Sitaram has recovered and will soon be discharged, said Dr Habib Faridi. He is now awaiting the histopathological report as the specimens are under the examination of pathologists, Prof Mahboob Hasan and Dr Bushra Siddiqui.

“It is very rare to see the tumour grow to such an extent, but the doctors turned all odds in the patient’s favour, giving him a new life,” said AMU Vice Chancellor, Prof Tariq Mansoor, while congratulating the surgeons.

He added that JNMC surgeons successfully piloted numerous complex surgeries despite the Covid-19 outbreak, which is putting surgeries on halt at most hospitals throughout the country.

People in prison should be prioritised for any COVID-19 vaccine