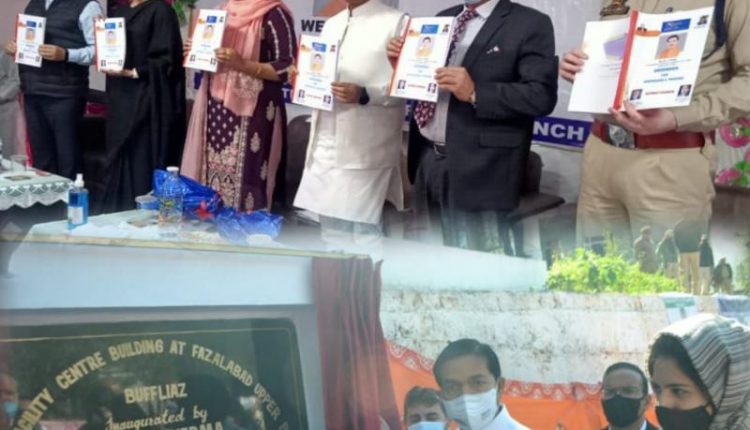 Speaking on the occasion, the Minister said that the UT of Jammu and Kashmir is striding on the new path of development. He urged PRIs, administrative machinery and other development agencies to work in cohesive manner to bring tangible results on the grounds.

The Minister maintained that the purpose of Union Government’s outreach is to assess the ground situation and take the feedback from the public & PRIs so that corrective measures are taken to remove development deficit.

“Our government is committed to promote the cooperative sector in Jammu and Kashmir and is playing a leading role in strengthening the movement to improve the Socio economic development of the Poonch district as well,” the Minister said.

Various delegations and pubic representatives put forth various important demands for the development of the area. They demanded Medical College for district, opening of kendriya vidyalayas, improvement in road network among other issues. The Union Minister assured them of positive response from the Union Government in mitigation of all genuine grievances.

He further said that residents have a right to basic amenities like drinking water, drainage, roads, electricity and other things and said the outreach programme started by the Government of India provides a window to approach people directly for resolving their issues. The government wants every individual of Jammu and Kashmir to get benefited by different welfare schemes of the Government.

On the occasion, the minister unveiled a book with full information of rules/laws and achievement Panchayati Raj institution, which he said will help the PRIs in effective functioning.