Speaking on the occasion, Shri Injeti Srinivas, Secretary, Ministry of Corporate Affairs (MCA) said that this collaboration can become a good model on synergetic action. In his Concluding Remarks Shri Srinivas mentioned about the great opportunity provided by these partnerships on skill development and entrepreneurship, to align with the National Priority Areas. Therefore, the Secretary, MCA said that quality deliverables under these collaborations will go a long way in initiating and sustaining innovative approaches towards strengthening the enterprise movement in the country.

Earlier Shri Gyaneshawar Kumar Singh, Joint Secretary, MCA and DG & CEO, IICA welcomed the house on the occasion of forging partnerships with two reputed institutions, adding that the collaborations have ushered in a new journey heralding a new beginning. He also said that the proposed collaborative initiatives are in complete sync with the objectives of the Indian Institute of Corporate Affairs.

In his address, Shri R. Ramanan, Mission Director, Atal Innovation Mission, Niti Ayog, dwelt on building the ecosystem for entrepreneurship in India through specific interventions such as Atal Tinkering Labs, Atal Incubation Centre. He articulated that to build momentum in this area, capacity building is need of the hour, and this MOU with IICA shall be a milestone to achieve this.

Shri Raj Nehru, Vice Chancellor, Haryana Vishwakarma Skill Development University highlighted the need of rolling out industry-linked courses which impart real skills in addition to qualifications. Such courses will be a win-win situation for the institutions as well as the industry.

A brief Signing Ceremony was followed by open interaction on the potential areas of collaboration. Senior officials from the Ministry of Corporate Affairs, Niti Ayog, Haryana Vishwakarma Skill University and a few corporate entities participated in the ceremony.

With an aim of enabling millions and millions of Indian youth acquire necessary skills and contribute towards making India a modern country, India has launched ‘Skilling India’ as a multi-skill development programme on mission mode for job creation and entrepreneurship skill development for all socio-economic classes. To realise this dream, upgrading skills to international standards through significant industry involvement and developing necessary frameworks for standards, curriculum and quality assurance are the prerequisites. Along with impetus on Skilling India, promotion of Entrepreneurship is being pursued by Government through ‘Start-up India’. Incubators plays a vital role as the incubation process not only provided the start-up with an inspiring environment, quality mentoring and a support structure, it also helped them refine their business model and get access to an economical, yet professional working space.

IICA as a hub to roll-out specific programmes

IICA has explored ways to collaborate and undertake various activities to promote incubation/ entrepreneurship and innovation. To facilitate activities such as capacity building programmes/ workshops/ seminar, research in area of incubation, innovation, skill development etc., IICA has inked the Statement of Intent with Atal Innovation Mission-Niti Aayog and the Memorandum of Understanding with Haryana Vishwakarma Skill University. These collaborations are likely to provide the opportunities for all stakeholders to participate and contribute to larger cause of incubation and skill creation. 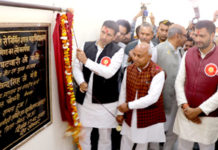