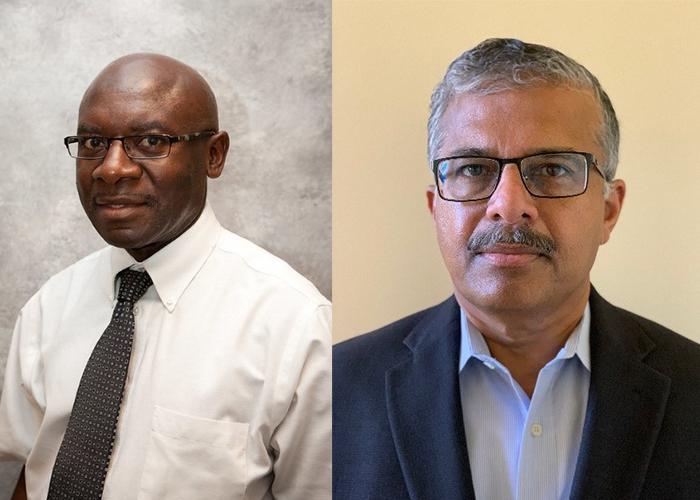 Two researchers at NETL were recognized for achievements and contributions in their fields during the 2020 annual meeting of the American Institute of Chemical Engineers (AIChE), being held virtually Nov. 16-20.

AIChE is an international organization for chemical engineering professionals, with more than 60,000 members from more than 110 countries.

At NETL, Syamlal is responsible for the development of science-based simulations that span a broad range of scales and for applying them to accelerate energy technology development. He has made numerous contributions to the theory and numerical techniques of multiphase computational fluid dynamics (CFD) and was the initial architect of Multiphase Flow with Interphase eXchanges (MFiX), NETL’s widely used open-source CFD code. Syamlal also led the development of software for linking process- and device-scale simulations.

Syamlal was the founding technical director of the Carbon Capture Simulation Initiative. He is an AIChE Fellow and has earned numerous awards, including the U.S. Energy Secretary’s Achievement Honor Award and the AIChE’s Fluidization Process Recognition Award.

Gamwo was recognized for his technical accomplishments and his services as a mentor and role model to underrepresented minorities in engineering. He is a director of the AIChE’s Separations Division and was the 2015 Minority Affairs Committee Chair. He has trained minority engineers at Tuskegee University and mentored engineering interns at NETL. Gamwo was the recipient of the 2017 Joseph Cannon Award for excellence in chemical engineering, the highest award presented to chemical engineers by the National Organization for the Professional Advancement of Black Chemists and Chemical Engineers.

Additionally, Gamwo has led an effort to develop equations of state models for complex fluids at extreme temperatures and pressures encountered in ultradeep reservoirs. Such models are needed to estimate recoverable oil from these reservoirs. Gamwo co-authored the book Design and Understanding of Fluidized Bed Reactors (Verlag 2009) and co-edited the book Ultraclean Transportation Fuels (Oxford University Press, 2007). He is credited on more than 150 scientific articles and presentations.

From the Garage to the Open Sea: NREL’s Scott Jenne To Patent Inflatable Wave Pump Design