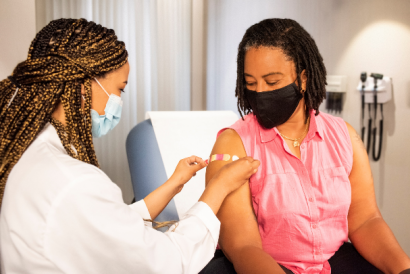 The coordinated and rapid COVID-19 vaccination campaign launched in the United States late last year has saved some 279,000 lives and prevented 1.25 million hospitalizations, a new study led by the Yale School of Public Health (YSPH) finds.

These gains, however, could be swiftly reversed by the highly transmissible Delta variant, which has the potential to unleash a surge of new cases among the millions of people in the United States who remain unvaccinated.

“The vaccines have been strikingly successful in reducing the spread of the virus and saving hundreds of thousands of lives in the United States alone,” said lead author Alison Galvani, the Burnett and Stender Families Professor of Epidemiology and the director of the Center for Infectious Disease Modeling and Analysis at YSPH.

“Yet until a greater majority of Americans are vaccinated, many more people could still die from this virus. The danger is not over. Now is not the time to let down our guard,” she said.

The study is currently published by The Commonwealth Fund, a private foundation that promotes a more effective and equitable healthcare system.

The research team examined vaccinations and the pandemic’s trajectory from October 1, 2020, through July 1, 2021, accounting for the emergence of more contagious variants (Alpha, Gamma and Delta) in recent months. In their model, they also compared health trends with two hypothetical scenarios — one in which no vaccination program was administered and one in which only half as many daily vaccinations were given.

If only half as many vaccinations had been administered there would have been more than 120,000 additional deaths and 450,000 additional hospitalizations, according to the researchers.

As of July 2, the United States has administered more than 328 million COVID-19 vaccine doses and 67% of adults have received at least one dose, the researchers said. The number of cases, meanwhile, has fallen from over 300,000 per day at the pandemic’s peak in January to less than 20,000 daily in mid-June.