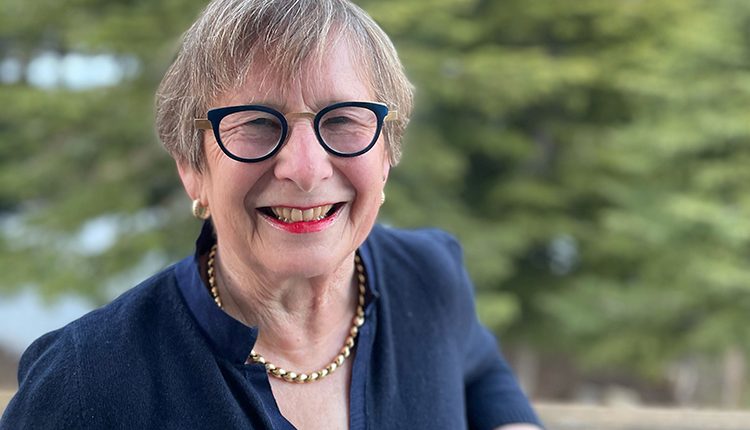 UC Berkeley Vice Chancellor for Undergraduate Education Catherine Koshland, who has long advocated for and enhanced the educational experience of Berkeley students, will serve as interim executive vice chancellor and provost beginning July 1, while a national search is conducted for a permanent replacement for Paul Alivisatos, Chancellor Carol Christ announced today (Tuesday, April 13). Alivisatos recently was named president of the University of Chicago.

The role of executive vice chancellor and provost is a combination of the campus’s No. 2 job, essentially the chief operating officer, with that of the chief academic officer, who represents Berkeley’s faculty and leads academic affairs.

Christ, in a message to the campus, said that Koshland, a 37-year professor who first joined the Berkeley faculty in 1984 and has held senior leadership roles since the academic year 2002-03, when she was chair of Berkeley Division of the Academic Senate, is stepping into the position at a critical time on campus, as it transitions during the pandemic to primarily in-person instruction for fall semester 2021.

“Cathy has been instrumental in helping us manage through this unprecedented time and is well-prepared to lead this work into the future,” said Christ.

Koshland expressed her gratitude and excitement for the opportunity to fulfill this new position, saying she will be informed by what she’s learned in her varied roles on campus over the decades — as professor; as vice provost for teaching, learning, academic planning and facilities; and, as vice chancellor for undergraduate education.

She emphasized that her mission has always been singular: “Particularly in the last 20 years, my work at Berkeley has been about serving the institution and working with my colleagues — faculty and staff and students — to advance opportunities for all members of the community.”

An emphasis on fostering community and connection
Koshland is the Wood-Calvert Professor in Engineering, a professor of environmental health sciences at Berkeley Public Health and a member of the Energy and Resources Group faculty.

She joined the Berkeley faculty after receiving her doctorate in 1985 and her M.S. in 1978, both in mechanical engineering, from Stanford University. She earned her B.A. in fine arts from Haverford College in 1972.

From 2004 to 2014, Koshland served as vice provost for academic planning and facilities, a role that was expanded in 2009 to include teaching and learning. In 2015, she became vice chancellor for undergraduate education.

After being named to her vice chancellor post — a role created to ensure that even a large research university like Berkeley had an undergraduate experience that was central to the institution — Koshland emphasized the importance of “fostering community and connection” for undergraduates through programs like Berkeley Connect. That program has been highly successful at creating “vertical” intellectual communities in academic departments where undergraduates are paired with graduate student mentors and helped to build relationships with fellow students, professors and alumni in their fields of interest.

Koshland worked closely with Alivisatos, first when he was vice chancellor for research, and subsequently when he became executive vice chancellor and provost, to find approaches that would help undergraduates become true members of the research community. That initiative ultimately led to the development of Berkeley Discovery. Koshland said that “working with Paul has been rewarding in every sense, as he brings both creativity and a collaborative spirit to the work of his colleagues.”

Other initiatives and academic programs that Koshland has led include the advancement of the campus’s Digital Learning efforts, the Berkeley Collegium, the American Cultures Center and Berkeley Arts + Design.

Koshland also has overseen major operating units, including Summer Sessions; Study Abroad and Lifelong Learning; the Athletic Study Center; the Student Learning Center; and Research, Teaching and Learning Services. She advises on enrollment planning and management, is a liaison for academic units with many campus administrative offices, and chairs several campus committees.

Koshland described her work style as “very collaborative. I want my colleagues to be successful, I value conversation, and I see my role often as one of a supporter and facilitator.”

The need for healing, and joy
She also said she looks forward to working more closely with the chancellor. As of July, Berkeley will have two women at its helm for the first time, a situation that Koshland said she finds “very exciting — it speaks to the possibilities out there.”

Koshland said working with Christ is enjoyable “because she’s such a clear thinker, and she listens really well. I look forward to sharing ideas with her and seeking her advice when something perplexes me, and to being as supportive as I can be in areas where I’m needed, whether it’s leading strategic initiatives, managing complex operational issues, or collaborating with deans and cabinet members to advance the priorities of their units and of the campus.”

She also commended Christ and Alivisatos for “making space and prioritizing recruitment for a diversity of deans and senior leaders on campus. It’s become a pretty diverse group, especially in the last four to five years, and this has led to better decision-making and more inclusive leadership.”

The past several years in the U.S. have been challenging, with issues including racial injustice, the pandemic and fraught politics. Koshland said she recognizes their impact on students, staff and faculty and that “there’s a lot to be learned from these experiences.”

When it comes to the return of in-person instruction, and evaluating the experiences of members of the campus community working remotely, “I am very much someone who is not always looking for the next bright, shiny object, but for how to take lessons learned and leverage them into better experiences for everyone, whether it means the flexibility to work from home or students studying part of the time remotely,” she said. “We will look at different combinations going forward for the right set of programs and options, new ways of communicating on campus that, in the long term, will increase accessibility and, ultimately, our community’s sense of belonging.”

As for race relations, especially after the past four years of presidential leadership, she said, “there is a lot of healing that needs to happen. There has been racism and bombast and lies and misinformation, and we need to have those challenging conversations about things we need to change, and to acknowledge and work toward reparation of the very real hurt and pain that members of our community have experienced.

“
To be joyful is something that we, as a campus community, need.”

“But we also need joy and celebration, to embrace and celebrate the contributions of each individual, and those that communities make, and how they express those, such as artistically and musically. To be joyful is something that we, as a campus community, need. To find these moments. To find ways to celebrate each other and be joyful.”

Koshland said she’s already eyeing something to celebrate: The reopening later this month of the Berkeley Art Museum and Pacific Film Archive, which will allow her the chance to revisit “Rosie Lee Tompkins: A Retrospective.”

The wildly popular exhibit, which showcases African American improvisational quilt-making, “is such an amazing experience to take in,” she said. “I can’t wait to go back and see it again.”