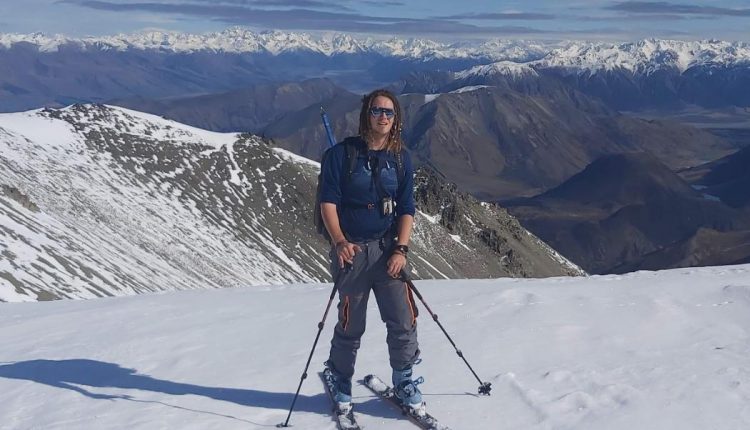 UC graduate conserving our mountains one app at a time

Eagerly using his software engineering skills to keep the snow on the mountains, a University of Canterbury graduate is developing a new app that helps people live more sustainably.

Wanaka-based Ambrose Ledbrook, who graduated with an honours degree in Software Engineering from UC last year, wants to make career choices that will have a positive impact on the environment.

An enthusiastic skier and ‘liftie’ (ski lift operator) at Cardrona Alpine Resort, he has also found time to work on a new start up business, DifferenceNow, which combines his software skills and his passion for the outdoors.

Ambrose compares the approach of the app to walking some of the Te Araroa trail. “For me that’s a good example. I planned to walk 1500km, which sounds impossible, but when you break it down, day by day, it becomes more achievable.

“I guess people get overwhelmed that climate change is a huge problem, so if you can bring it back down to smaller goals like not driving to work two days a week, that can be a start that leads onto bigger things.”

Ambrose’s motivation stems from childhood memories of two or three weeks staying at a ski lodge in the mountains around his birthday each year.

“When I was a kid, it would snow every year in the town on my birthday. It’s an awesome memory of mine,” he says.

“Over the years, it began to snow less and less, and over time it’s become a huge deal [if it snows] in the town. I’m only 22 and over my lifetime I’ve already seen the effect that climate change has on the mountains.”

He realised that at this rate of climate change, the next generation might never be able to ski the way he has, and he developed a passion to try something different that would help protect the environment.

At the same time DifferenceNow was brewing, Ambrose kept an eye out for other opportunities that would have a more immediate impact within the community.

“I see the value of DifferenceNow but know that it will take a little more time to develop to the point of having real impact, so I wanted to jump in with the community work that is already going on as well,” he says

He saw an opportunity through Facebook to offer his skills to support youth-led climate organisation Generation Zero. Their mission is to mobilise New Zealanders to engage with decision-making and campaign for intergenerational climate justice. Ambrose and two other University of Canterbury students have been volunteering their time to help them revamp their software.

Ambrose is also hoping to jump onto a campaign with an organisation called Wao to encourage people in the Wanaka community to reduce their driving, while pushing for a form of public transport that would support this initiative.

While all his volunteer work is admirable, Ambrose acknowledges he still needs an income to live. With that in mind he has worked with Sam and Rachel to start up Mahi Nui Collective, a group of professionals working together to deliver projects within the technology space.

Originally a financial means to an end for the group, it has now developed into an opportunity to support software engineers wanting a career in freelancing.

“I’ve been fortunate to go straight into freelancing. Now we’re wanting to develop that to provide a bit of education and a route for students into freelancing,” says Ambrose.

“We have way more work than we can handle so definitely keen to try and find more people – I’m amazed, it’s a good problem to have to have.”

He says one of the best things he learned during his time at the University of Canterbury and through taking part in student internships, was that he didn’t want a standard software career.

“I’m grateful that I realised that before I went off and spent a few years working. By the time I was in my last year I knew that if I was able to freelance I would do it, otherwise I would’ve preferred to work full time up a ski field.”