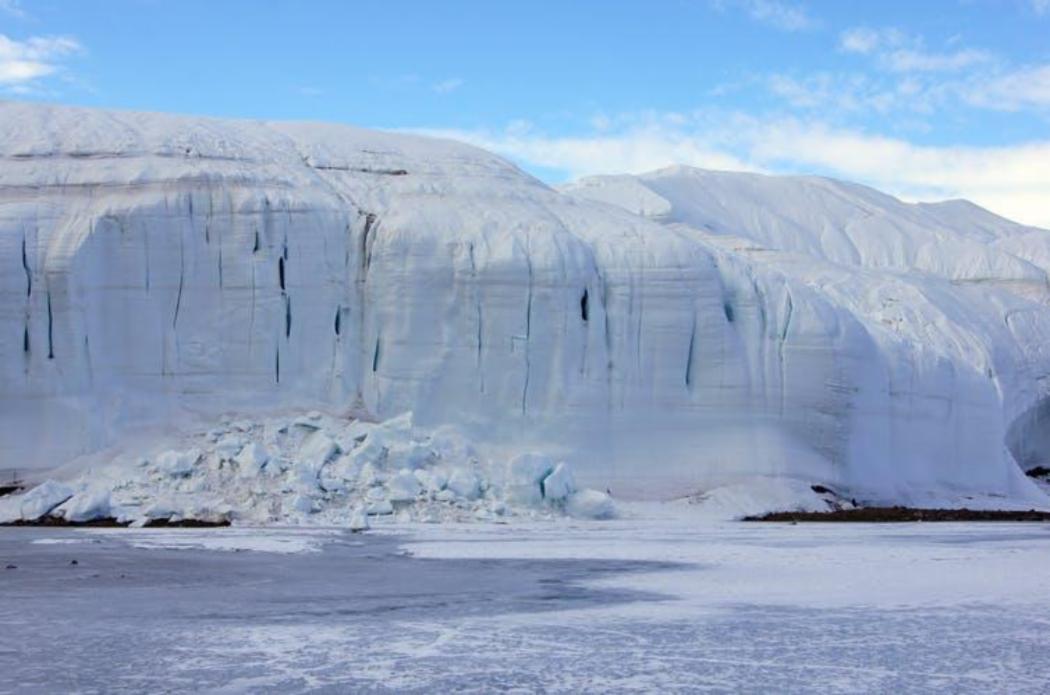 The last time global carbon dioxide levels were consistently at or above 400 parts per million (ppm) was around four million years ago during a geological period known as the Pliocene Era (between 5.3 million and 2.6 million years ago). The world was about 3℃ warmer and sea levels were higher than today.

We know how much carbon dioxide the atmosphere contained in the past by studying ice cores from Greenland and Antarctica. As compacted snow gradually changes to ice, it traps air in bubbles that contain samples of the atmosphere at the time. We can sample ice cores to reconstruct past concentrations of carbon dioxide, but this record only takes us back about a million years.

Beyond a million years, we don’t have any direct measurements of the composition of ancient atmospheres, but we can use several methods to estimate past levels of carbon dioxide. One method uses the relationship between plant pores, known as stomata, that regulate gas exchange in and out of the plant. The density of these stomata is related to atmospheric carbon dioxide, and fossil plants are a good indicator of concentrations in the past.

Another technique is to examine sediment cores from the ocean floor. The sediments build up year after year as the bodies and shells of dead plankton and other organisms rain down on the seafloor. We can use isotopes (chemically identical atoms that differ only in atomic weight) of boron taken from the shells of the dead plankton to reconstruct changes in the acidity of seawater. From this we can work out the level of carbon dioxide in the ocean.

The data from four-million-year-old sediments suggest that carbon dioxide was at 400ppm back then.

Sea levels and changes in Antarctica

During colder periods in Earth’s history, ice caps and glaciers grow and sea levels drop. In the recent geological past, during the most recent ice age about 20,000 years ago, sea levels were at least 120 metres lower than they are today.

Sea-level changes are calculated from changes in isotopes of oxygen in the shells of marine organisms. For the Pliocene Era, research shows the sea-level change between cooler and warmer periods was around 30-40 metres and sea level was higher than today. Also during the Pliocene, we know the West Antarctic Ice Sheet was significantly smaller and global average temperatures were about 3℃ warmer than today. Summer temperatures in high northern latitudes were up to 14℃ warmer.

This may seem like a lot but modern observations show strong polar amplification of warming: a 1℃ increase at the equator may raise temperatures at the poles by 6-7℃. It is one of the reasons why Arctic sea ice is disappearing.

Impacts in New Zealand and Australasia

In the Australasian region, there was no Great Barrier Reef, but there may have been smaller reefs along the northeast coast of Australia. For New Zealand, the partial melting of the West Antarctic Ice Sheet is probably the most critical point.

One of the key features of New Zealand’s current climate is that Antarctica is cut off from global circulation during the winter because of the big temperature contrast between Antarctica and the Southern Ocean. When it comes back into circulation in springtime, New Zealand gets strong storms. Stormier winters and significantly warmer summers were likely in the mid-Pliocene because of a weaker polar vortex and a warmer Antarctica.

It will take more than a few years or decades of carbon dioxide concentrations at 400ppm to trigger a significant shrinking of the West Antarctic Ice Sheet. But recent studies show that West Antarctica is already melting.

Sea-level rise from a partial melting of West Antarctica could easily exceed a metre or more by 2100. In fact, if the whole of the West Antarctic melted it could raise sea levels by about 3.5 metres. Even smaller increases raise the risk of flooding in low-lying cities including Auckland, Christchurch and Wellington.