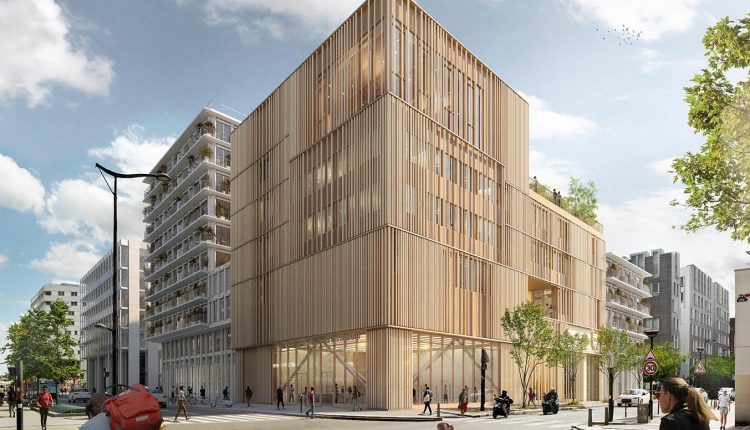 Center to expand courses, research in Europe across broad range of disciplines

Long at the heart of the University of Chicago’s programs abroad, Paris will soon be the home to an expanded center for the University’s distinctive scholarship and education, including a new Institute for International Studies. With programs in fields from neuroscience to cinema, the University’s expanded Center in Paris will be a state-of-the-art destination for the study of a broad range of disciplines, as well as a place for students and researchers from around the world to connect.

Announced in 2019, the expanded Center in Paris will begin construction in June of 2021.

“Since its founding in 2003, the Center in Paris has been a key hub for our students, faculty and alumni to engage with life and scholarship not only in Paris, but across Europe,” said John W. Boyer, dean of the College. “The expanded Center in Europe will broaden the horizons of the University, providing additional resources for research and inquiry while making the University of Chicago an essential collaborator with research institutions across a large region that will also encompass Africa and the Middle East. Our desire is for the Center to be a place where ideas have no relationship to the limitations of passports and citizenship, but instead reference only the intrinsic
Designed by Studio Gang, the University of Chicago’s expanded Center in Paris will begin construction in June 2021 to become a state-of-the-art destination for study in a broad range of disciplines.
Image courtesy of Studio Gang
Over the last 20 years, the University of Chicago has transformed its model for international education and studying abroad, and has pioneered vibrant research collaborations across multiple continents. The positive influences of international education and collaboration are now present in every domain of research of the University and every program of study in the College, designed in ways that reflect the University’s core traditions and contribute to the globally integrated world of the twenty-first century. With the opening of the expanded Center, the University of Chicago is poised to emerge from the COVID-19 pandemic more connected with the international scholarly community than ever before, and confident that scholarly work in Paris, Europe, Africa, and the Middle East will continue to be of vital importance.

The new space will be designed by Studio Gang, the Chicago-based design practice of architect Jeanne Gang, and built in partnership with Parisian developer Icade. Featuring amenities such as an amphiteater, great room, laboratory classroom and active gardens on the ground floor and rooftop, the expanded Center will more than double the space of the current building, providing unrivaled opportunities for dynamic research and learning.

PetrSU webinar for mathematics teachers in the regions of…

Paris is home to a number of UChicago Study Abroad programs, including multiple Civilizations sequences, mathematics, social sciences, humanities and global health. These programs have grown tremendously in both quantity and enrollment over the past few years, and the expanded building will provide further resources to help students have a transformative study abroad experience.

“The Center in Paris has offered an extraordinary platform to expand our signature faculty-led Study Abroad programs in a location that draws the interest of faculty and students alike,” said Sarah Walter, director of UChicago Study Abroad. “Demand has been so strong that some programs can only take place in alternating years due to space constraints, and new proposals are currently on hold. With the opening of the new building, we will have renewed opportunities to bring to life the creative vision of our faculty in an increasingly diverse number of disciplines.”

“With its new Research Institute, the Center will facilitate essential forms of scholarly connection including working groups, performances, seminars, and conferences,” said Robert Morrissey, the inaugural director of the Center in Paris and Benjamin Franklin Professor of French Literature. “Already, faculty members are generating new ideas for collaboration and research. A space like this really captures one’s imagination.”

University of Chicago announces plans for Convocation this June

Yoga is also a path to Spiritual Calmness and is not Associated with Any Religion, Region or People but Belongs to the Entire World and All of Humanity – President Ram Nath Kovind at the launch of ‘Yoga for Unity and Well-being’

PetrSU webinar for mathematics teachers in the regions of Karelia

JKPSC conducts CCE-2021 smoothly; 85 Centres were established in both…