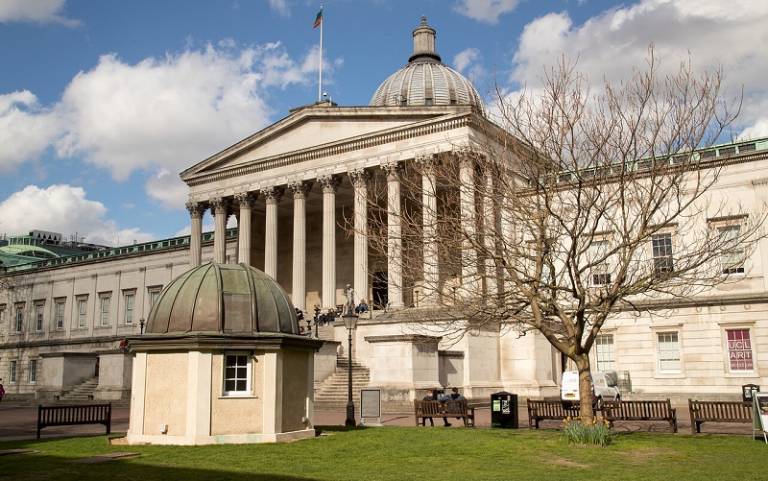 UCL has today issued a public apology for its role in the development, propagation and legitimisation of eugenics.

The apology is part of a range of actions by UCL to acknowledge and address its historical links with the eugenics movement, including denaming spaces on its campus named after the prominent eugenicists Francis Galton and Karl Pearson, enacted in June 2020.

It follows the commissioning of an independent Inquiry into the History of Eugenics at UCL in 2018, which published its report and a comprehensive set of recommendations in February 2020. A sub-group of the Inquiry team published separate recommendations and UCL is responding to both sets.

A Response Group of UCL representatives – including academic staff, equality experts, UCL’s equality networks and the Students’ Union – has considered these recommendations and made a series of proposals to implement them. Actions that UCL will now take forward include:

Investment in a comprehensive review and action plan to improve access and experience of disabled students and staff, including addressing physical and digital accessibility issues, collecting more robust data on disability at UCL, improving institutional understanding of the spectrum of disability, and tackling discrimination and unconscious bias
Improving access for students from disadvantaged socioeconomic backgrounds through work to expand UCL’s contextual offer scheme
Greater prominence for the history and legacy of eugenics in UCL’s teaching and learning activities
Expanded opportunities for students to engage with the subject of eugenics, through activities including a specific module in the induction programme for new students, improved access to archives and special collections, and an ongoing programme of exhibitions and engagement, supported by a digital hub
The Response Group has also worked closely with UCL’s Race Equality Implementation Group, which is taking responsibility for recommendations relating to race equality to ensure a consistent, joined-up action plan. Issues this group will lead actions to address include:

Addressing inequalities in staff recruitment, retention and progression, including improving representation at senior levels
Addressing the degree awarding gap and developing more diverse and inclusive curricula
Recent actions taken by UCL to tackle issues of equality, diversity and inclusion raised by the Inquiry include:

An additional £250,000 invested to support a three-year BME Awarding Gap project to address disparities in outcomes and experience
The creation of the Sarah Parker Remond Centre for the study of Racism and Racialisation
The development of an action plan led by Pro-Vice-Provost (Student Experience) Professor Deborah Gill to improve experience and facilities for disabled students
The adoption of a Statement on Race developed by UCL’s Race Equality Steering Group and of the IHRA definition of antisemitism
The apology is made on behalf of UCL by President & Provost Professor Michael Arthur, who says: “UCL considers its history of involvement in eugenics to be in direct contradiction to its founding values of equality, openness and humanity. As a community, we reject eugenics entirely and are taking a range of actions to acknowledge and address our historical links with the eugenics movement. These actions – including our public apology today – are important steps towards understanding and acknowledging inequality within our institution and acting to ensure that UCL becomes fully inclusive for all our staff and students.”

The full text of UCL’s apology for its history and legacy of eugenics states:

UCL acknowledges with deep regret that it played a fundamental role in the development, propagation and legitimisation of eugenics. This dangerous ideology cemented the spurious idea that varieties of human life could be assigned different value. It provided justification for some of the most appalling crimes in human history: genocide, forced euthanasia, colonialism and other forms of mass murder and oppression based on racial and ableist hierarchy.

The legacies and consequences of eugenics still cause direct harm through the racism, antisemitism, ableism and other harmful stereotyping that they feed. These continue to impact on people’s lives directly, driving discrimination and denying opportunity, access and representation.

UCL considers its history of involvement in eugenics to be in direct contradiction to its founding values of equality, openness and humanity. As a community, we reject eugenics entirely.

We apologise fully, and with humility, to all those who have suffered and to those who are still suffering because of our role in creating the conditions that enabled eugenics to become established and acted upon.

We apologise for being slow to interrogate properly the history and legacy of eugenics at UCL, and for failing to act with sufficient speed to remedy the ongoing effects on those in our community who are the targets of the eugenic mentality.

We apologise for honouring individuals who were leading eugenicists through the naming of spaces on campus.

We recognise that the legacy of eugenics is ongoing and we commit to closing down any opportunity for this legacy to continue unacknowledged and unchallenged. We operate in a climate of academic freedom, but we recognise that the right to freedom of expression is not unfettered.

UCL pledges to continue to confront its history of eugenics and ongoing legacies openly and critically, and to ensure that UCL staff and students are enabled to do the same.