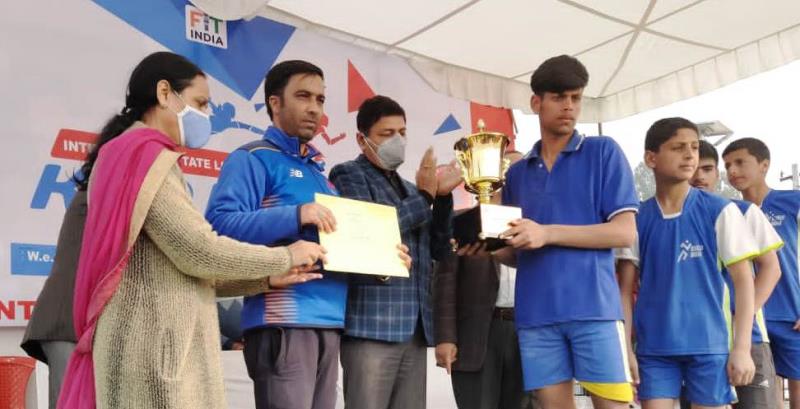 District Budgam emerged as the first Runner up and District Baramulla bagged the third position in the tournament.

District Development Commissioner, Rohit Khajuria gave away the prizes to winner and participating teams of the Tournament.

The chief guest laid stress on holding more such events adding that sports help in further strengthening the national integration and nation building.

District Youth Services and Sports Officer Samba, Kiran Jyoti thanked all the departments and officials for their co-operation in the smooth organization of this event.