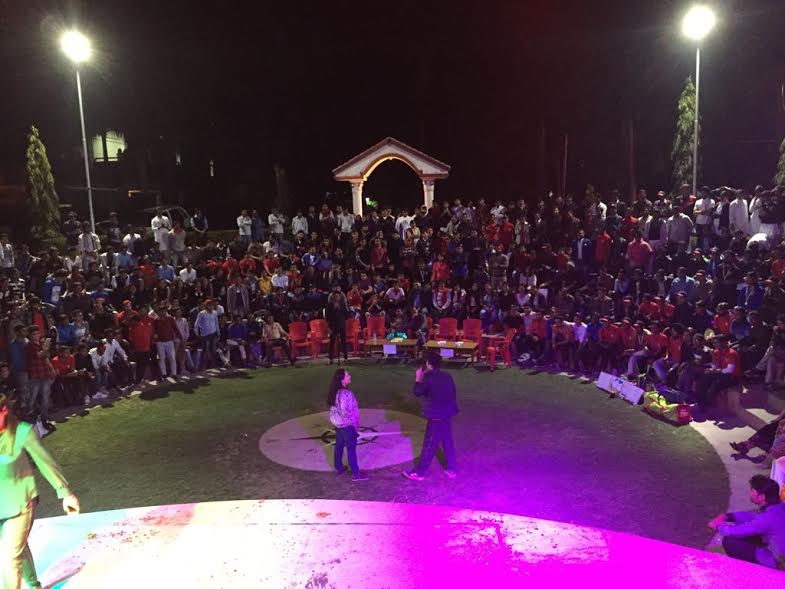 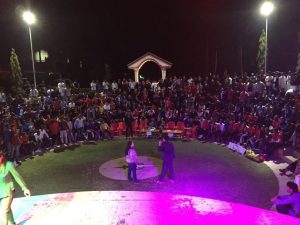 New Delhi: UEI Global Education, the hospitality and business management education institute, on 23rd- 25th Feb 2017 organized Le Vitesse2017, its first major sports event and cultural festival at a national level. The event marked the participation of around 700 students from a footfall of over 1,000, pan India from across all its 9 institutes located at Agra, Chandigarh, Delhi, Jaipur, Pune, Lucknow, Ludhiana, Jalandhar and Trivandrum. The festival saw a melange of the vibrant Indian culture and tradition, where all management students seemed to relive the spirit of ‘unity in diversity’.

Expressing his pride and pleasure on the success of the event, Mr. Manish Khanna (CEO), said, “It was our first major national event and the overwhelming response from our students made it a stupendous affair in the history of the institute. We were glad to showcase on one united platform the variedhues of culture, tradition and heritage to recreate that oneness of Incredible India. UEI Global Education has always focused on skilling and academic alignment with the industry and this event added value to the students in managing the diversity of India and showcased their spirit & strength in making their progressive institute the top most Hotel Management Institute of India.”

The event was inaugurated with opening ceremony of lighting the torch, oath ceremony and the declaration of sports meet open. A total of 7 sports were played including both indoor and outdoor sports such as Cricket, Soccer, Volley ball, Chess, Table tennis, Badminton and Athletics {100M, 200M, 4X100 M relay). The Cricket event in particular was dedicated to honour Late Mr. Harider Sawhney (Ex Director of UEI Global Education). A group dance competition was also organized to celebrate the cultural vibe of each state and enhance the celebratory fervour of the day.

Delhi- The team took over the edge with the support being extended to them in their own land and won several awards, standing winners for Cricket, Soccer, Volleyball as well as 4X100M Relay for men in Athletics. Their warm welcome to students from other states also earned them the spot for excellent hospitality.

Pune-Students from Pune clearly stole the show with a stellar performance of taking us all to the pride and supremacy of ShivajiMaharaj while showcasing their modern and contemporary societalway of life. It also gave us winners in Athletics for 100M, both men and women, 200M in women, Badminton singles- men as well as the Cultural Group Dance Competition.

Chandigarh- With each state bringing forth its own special flavour to the day, Chandigarh conquered the hearts of all in its true ‘Punjabi’ spirit. Championing in Athletics, winners of the state were awarded for 200M in men and also bagged the runners up position for Cricket.

Lucknow-Students from Lucknow displayed their act in true Nawabi style, giving a spell-bounding performance in both dance and sports alike. The state gave winners for Chess and Badminton for both Mix Doubles and Singles Men.
Agra- Students from Agra made for sporting participants to the entire event and were awarded in athletics for badminton- Men’s doubles. Their enthusiasm was almost palpable in their hearty participation.

Mr. Manish Khanna added, “Aimed at promoting cross cultural integration and learning national unity and friendship, developing mutual understanding and teamwork, it was a gala affair. The main objective to organize this event was to educate and promote clean and healthy competition amongst our students in a lively atmosphere of sportsmanship and friendly interaction.”
You can follow the event at twitter #LeVitesse @ueiglobalindia