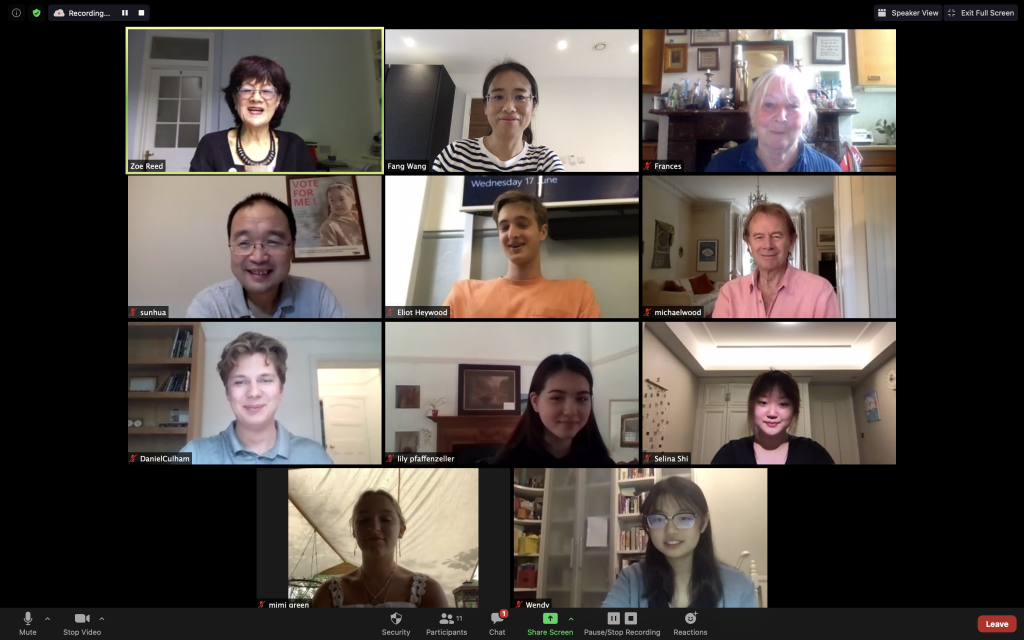 Peking: Society for Anglo-Chinese Understanding and Peking University’s joint UK/China Friendship and Understanding Essay Competition 2020 has taken place and the winners were announced in an online ceremony on June 17. There were 27 entrants from seven U.K. senior schools who submitted entries on this year’s theme of “Overcoming the Cultural Gap between China and the West”.

Professor Sun Hua, director of China Center for Edgar Snow Studies at Peking University, offered his heartfelt congratulations to the entrants, saying that this year’s competition was the largest yet with seven schools taking part and with the introduction of a multimedia category.

Kyushu University: Sniffing out your identity with breath…

Wageningen University & Research: The world can be fed…

Dr. Frances Wood, SACU vice president of SACU, was chair of the judging panel. She announced the winners and discussed their essays, saying that she was “massively impressed” with the very high standard of the entries. She found all the essays to be fascinating and very thoughtful.

SACU thanks PKU’s China Center for Edgar Snow Studies for generously sponsoring this event, the schools for their commitment during this demanding school year, the Essay Competition Judging Panel for their hard work and most of all, thanks to all the students who took part.

SACU was founded in1965 in London, aiming at promoting understanding and friendship between British and Chinese. In September, 2016, SACU, Beijing Publishing House and PKU’s China Center for Edgar Snow Studies jointly held a large cultural exchange activity. Four bilingual books (Chinese/English) , namely The Man Who Loved China, I See a New China, Aid China 1937-1949: A Memoir of a Forgotten Campaign, and A Bridge Between Hearts: Anglo-Chinese Friendship and Understanding, were released there for the first time. In order to deepen cooperation in specific research fields, PKU’s China Center for Edgar Snow Studies and SACU this year plan to start the joint project “History as Foreword: Anglo-Chinese Humanities Communication Research”. Digging up and sorting out a large amount of documents, audio-visual materials, books and objects accumulated by SACU over the past 55 years since its establishment, Chinese and British scholars will conduct a three-year academic research together.

Wageningen University & Research: A closer look at challenges in the Sahel

Wageningen University & Research: The world can be fed with only plant-based…