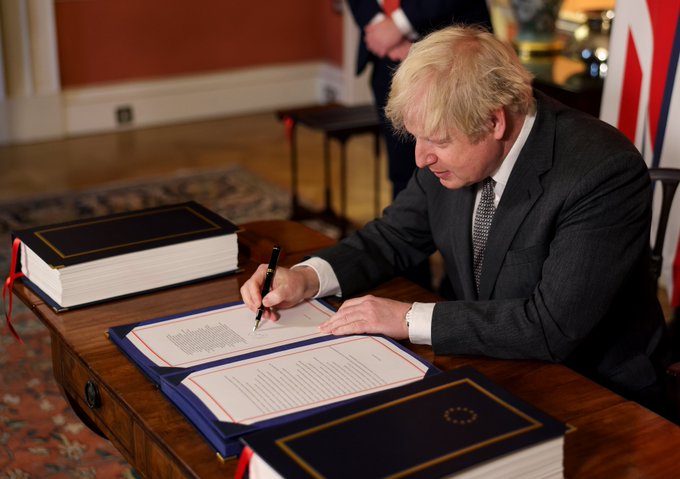 The Prime Minister Boris Johnson will today [Monday 11 January] announce that the UK will commit at least £3 billion to climate change solutions that protect and restore nature and biodiversity over five years.

The funding will be allocated from the UK’s existing commitment of £11.6bn for international climate finance and will deliver transformational change in protecting biodiversity-rich land and ocean, shifting to sustainable food production and supply, and supporting the livelihoods of the world’s poorest.

Programmes supported by the funding will include the flagship Blue Planet Fund for marine conservation; projects to maintain forests and tackle the illegal timber trade and deforestation; and initiatives to conserve habitats such as mangroves that protect communities from the impacts of climate change.

The Prime Minister will make the announcement at the One Planet Summit, a leader-level virtual event convened by France. He will address a session on Financing for Biodiversity, to call on others to raise their level of ambition on funding for nature and to mobilise public and private finance for sustainable solutions to climate change.

The Foreign Secretary Dominic Raab and COP President Alok Sharma will also convene a roundtable on Clean Power Transition with the UN Secretary-General Antonio Guterres on Monday, bringing together ministers from eight African and European countries.

The Foreign Secretary is expected to announce that the UK will pledge up to £38 million to the Climate Compatible Growth programme, supporting developing countries to accelerate their transition to green energy while growing their economies.

The UK is already moving to clean power faster than any major economy, and last year committed to protect at least 30 per cent of our land and ocean by 2030. Together, today’s announcements address the two leading sources of global emissions – electricity generation and land use – and demonstrate the UK’s leadership in fighting climate change ahead of the COP26 summit in Glasgow in November.

Ahead of the One Planet Summit, Prime Minister Boris Johnson said:

We will not achieve our goals on climate change, sustainable development or preventing pandemics if we fail to take care of the natural world that provides us with the food we eat, the water we drink and the air we breathe.

All female Ambassadors posted to the Netherlands join…

The UK is already leading the way in this area, committing to protect 30 percent of our land and ocean by the end of the decade and pledging at least £3bn today to supporting nature and biodiversity.

We must work together as a global community to drive the ambitious change and investment we need to protect our shared planet and the glorious, rich and diverse life within it.

Biodiversity is declining faster than at any time in human history. There has been a 68 per cent decline in populations of mammals, birds, fish, reptiles and amphibians over the past four decades and 1.3 million square kilometres of forests were lost between 1990 and 2016, the equivalent of 800 football fields an hour.

Tackling climate change and protecting nature are closely linked – rising global temperatures and pollution are damaging natural ecosystems, while thriving forests and ocean play a critical role in mitigating climate change. Agriculture, forest loss, and land-use contribute 23 percent of global greenhouse gas emissions, but our land and coastal marine ecosystems could provide up to a third of the climate mitigations needed to meet the targets set out in the Paris Agreement.

We have seen ambitious commitments from across the world to net zero targets to meet the goals of the Paris Agreement. But targets can only be met through action. We must preserve nature and our biodiversity, and move more quickly from coal to clean power.

It is fantastic to see billions of pounds pledged today to support efforts to reduce deforestation and degradation, and to accelerate the transition to clean energy. By working together, on the road to COP26, we can make faster progress towards a sustainable future for our planet.

Today’s announcement on funding for nature is the latest in a series of concrete actions the Government has taken to address this crisis.

In September, the Prime Minister signed the Leaders Pledge for Nature at the UN General Assembly, an initiative pioneered by the UK and now signed by 82 countries. We have funded the Blue Belt Programme to protect vulnerable ocean ecosystems, and five years ago joined with our partners Norway and Germany to pledge at least $5 billion to reduce deforestation between 2015 and 2020 – exceeding the target by the end of last year.

Next month, we also expect the Dasgupta Review on the Economics of Biodiversity to be published – an independent review commissioned by the Government in 2019 to set out the economic case for protecting biodiversity.