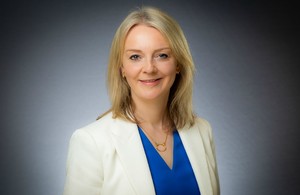 The UK will host its first ever global LGBT conference to tackle inequality around the world and urge countries to take action.

Minister for Women and Equalities, Liz Truss, alongside Foreign Secretary Dominic Raab today (16 May) announced the global event, which will bring together elected officials, policy makers, and the international LGBT community including activists, experts, and civil society to protect and promote the rights of LGBT people around the world.

‘Safe To be Me: A Global Equality Conference’ will take place 27-29 June 2022, coinciding with the 50th anniversary of the first official London Pride marches. The conference will take place in person and virtually, ensuring all can take part.

Minister for Women and Equalities, Liz Truss, said:
“I want everyone to be able to live their life free from prejudice, malice, or violence, regardless of their background or who they choose to love.

“People should be judged on the basis of their individual character and talents alone, and we want to ensure that this message is heard around the world.

“This conference will take aim at the prejudices LGBT people still face, and look at the collective action we can take to tackle those injustices alongside our international friends and partners.”

Foreign Secretary, Dominic Raab, said:
“The right to live life without fear and persecution are the bedrock of inclusive and open societies and the UK, as a force for good, will protect and promote these values at home and around the world.”

“As co-chair of the Equal Rights Coalition, we are already working with 41 countries to defend the rights of LGBT people. We are urging every country to make sure LGBT people can live free from the discrimination and violence that persists today.”

The Prime Minister has today announced that Conference Chair Lord Herbert of South Downs will also take on the role of the United Kingdom’s Special Envoy on LGBT Rights. He will promote the conference internationally and lead efforts to champion LGBT equality at home and abroad. He will also be working with the Minister for Women and Equalities to coordinate a year of domestic action on LGBT issues, in the run up to the global conference.

Lord Herbert of South Downs, said:
“With our immense soft power, and as a global force for good, the UK has an important role to play in leading international efforts to tackle the violence and discrimination against LGBT people which should have no place in the modern world.

“I am committed to the cause of advancing LGBT+ rights worldwide and I look forward to continuing that in my role as the Prime Minister’s Special Envoy and as the Chair of the Global LGBT Conference. At a time when Covid has pulled many of us apart, the conference offers a real chance to bring people together and drive change for good”

Across the world, 69 countries still criminalise consensual same-sex acts. The UK is considered a leader on LGBT equality, having legalised same-sex marriage and introduced one of the world’s most comprehensive legislative frameworks for protecting LGBT people from discrimination.

Evidence suggests that the COVID-19 pandemic has exacerbated the existing inequality LGBT people experience globally, with violence and discrimination a daily reality for some. The UK Government, with our international partners, believes this is the time to take collective, global action.

As co-chairs of the Equal Rights Coalition (ERC), the UK and Argentina will launch the ERC’s first Strategy and Five- Year Implementation Plan at a virtual meeting in July 2021. This comprehensive strategy will increase international action to defend the rights of LGBT people around the world.

In the lead up to the Conference there will be a series of virtual events, bringing together the UK’s key international partners with the first held on 18 May to mark International Day Against Homophobia, Biphobia and Transphobia (IDAHOT).

The 2021 IDAHOT+ Forum will be an important moment to discuss a range of important issues including LGBT inclusive healthcare and business advocacy. It will also be the beginning of a year-long partnership with Cyprus, our friend in Europe and the Commonwealth.

Details of speakers and delegates for the conference will be announced in due course.
The Conference will be delivered with the UK’s co-chair of the Equal Rights Coalition, Argentina and Cyprus, co-host of the Council of Europe’s LGBTI Focal Points Network IDAHOT+ Forum.
The Equal Rights Coalition is an intergovernmental coalition of 42 countries that are committed to protecting and promoting LGBT rights globally. It was launched in August 2016, under the leadership of Uruguay and the Netherlands at the Global LGBTI Human Rights Conference in Montevideo. The United Kingdom took over as co-chair of the ERC on 14 June 2019, in partnership with Argentina.
The Council of Europe’s LGBTI Focal Points Network (EFPN) is a network of 37 Council of Europe member states. It was founded in 2005 and the UK has been an active participant since inception. The EFPN meets twice a year: to celebrate the International Day Against Homophobia, Biphobia and Transphobia (IDAHOT) on/around 17 May and again in the Autumn for a policy roundtable. The UK are the current hosts for the IDAHOT+ Forum until 2022 alongside Cyprus.