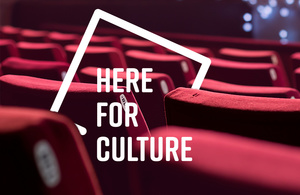 London: More than 200 independent cinemas across England are being supported this Christmas with £16 million in grants from the Government’s £1.57 billion Culture Recovery Fund.

201 cinemas have received funding so far from a £30 million pot allocated by the British Film Institute (BFI), on behalf of the Department for Digital, Culture, Media and Sport, as part of the biggest ever single investment in this country’s cultural sectors. More grant applications from independent cinemas are also currently being assessed. Cinemas will be able to apply for another £14 million in grants in the new year as part of the second round of the Culture Recovery Fund. The new round of funding is in addition to the £30 million already being allocated by the BFI.

The BFI has been accepting applications and awarding grants to independent cinemas throughout the autumn. Eligible cinemas were able to apply for Safety Grants, to help venues meet the immediate costs of implementing Covid-secure measures to protect staff and audiences, and larger Business Sustainability grants to help stabilise sites financially.

Recognising that cinemas need content, during this crisis, the Government’s Film and TV Production Restart Scheme has helped keep the cameras rolling at the other end of the screen supply chain. The £500 million scheme, which opened for applications in October, has assured nearly 100 productions that they will be supported if future losses are incurred due to Covid-19 and provided the confidence they need to restart filming.

From today, the scope of the Restart Scheme has been extended so that cast and crew over the age of 70 can be included in the cover provided by the scheme. The changes to the scheme will enable productions to receive compensation for Covid-related delays affecting up to two cast or crew members over 70 years old. This extension will give productions that involve cast and crew over 70 the confidence to start or restart production, increasing employment opportunities for this group.

The deadline for productions to register for the scheme has also been extended until April 2021, giving more film and high-end TV projects the security to start shooting in the spring.

Culture Secretary Oliver Dowden said:
The magic of film is such an important part of the festive period and this investment will help protect our independent cinemas so they’re around for many Christmases to come. Alongside it, the extension of the Film and TV Production Restart Scheme means the UK will be producing even more great content as the cinema industry recovers, keeping us at the forefront of the creative industries.

The Chancellor of the Exchequer, Rishi Sunak, said:
As a Star Wars fan, I know there’s no better place to experience great films than in your local cinema and these grants will provide vital support for independent venues through Christmas and beyond.

Our Restart Scheme has already helped to get nearly 100 film and TV productions back up and running as part of our Plan for Jobs, and it’s right that we extend this to support even more jobs in the UK’s creative industries, including for the over 70s.

The majority of the grant funding allocated by the BFI has been awarded to cinema sites in every corner of the country, from Penrith to Peckham and Penzance, with cinemas outside London benefitting from 78% of funding to date.

Actor Michael Caine, who starred in Christopher Nolan’s Tenet which drew audiences back to cinemas in the autumn, has welcomed the help for the industry and encouraged audiences to support cinemas with safe visits where possible:

Sir Michael Caine said:
The moving image has the power to change the way we think. The power to inspire; to delight; and to move. It happens to me all the time. Film is one of the most powerful and accessible art forms on earth – and for so many a local cinema is a place we know, love and have grown up with. A cinema is very often a vital part of any community and we need to support them in order to keep the art of film and the sense of community alive. Let’s go to the pictures!

The BFI worked closely with individual cinemas to provide detailed and bespoke support throughout the application process.

Ben Roberts, BFI Chief Executive, said:
Across the country, local independent cinemas are hubs and lifelines for communities and often the only form of culture and entertainment. From educational programmes and workshops for young people, to screenings for the elderly and audiences with specialised needs, these cinemas play such an important role in people’s lives. The Culture Recovery Fund will mean that many of these cinemas survive the current crisis, and go on to play a vital role in the recovery of local economies and communities, bringing people together to offer joy, solace and the magic of the big screen.

The Regent Centre in Christchurch, Dorset, will benefit from £243,405 to help this community venue and local cinema weather the storm of Covid-19. The site, which also houses a museum display dedicated to the history of the 1930s art-deco venue, creates volunteering opportunities for more than 200 local people. This Christmas, the Regent Centre plans to show new family releases like The Secret Garden and The Elfkins alongside festive favourites like Miracle on 34th Street.

Combined grants of £121,488 will support the family-run Alhambra cinema in Penrith, Cumbria, to offer its programme of festive films, including the recently released screen event A Christmas Carol featuring Carey Mulligan, Martin Freeman, and Daniel Kaluuya, to socially-distanced audiences in a Covid-secure setting. The cinema continues to be an important cultural venue in the area which supports other regional events, local businesses and nearby schools.

Alan Towers, Partner, Alhambra Penrith, said:
The Culture Recovery Fund grant aids us in opening to our local community again, supporting our safe measures of work to provide a comfortable and enjoyable environment for staff and customers alike. The love of cinema is evident amongst ourselves and those in the surrounding area, with the grant we are able to welcome customers to the Alhambra to continue to provide the community with great films and lasting experiences.

Recipients also include Suffolk’s oldest cinema, the Film Theatre in Leiston, which has been trading for over a century and a grant of £57,509 will ensure it can continue to do so over the Christmas period this year and into 2021.

In Derbyshire, The Northern Light Cinema, Wirksworth, has been awarded grants totalling £27,749 to help the community venue continue to provide a diverse programme of screenings and events and work closely with young people as well as create a safe and Covid-secure environment for the local rural community when it can reopen.

The Wells Film Centre, a family run cinema in Somerset, will benefit from £78,980 so it can continue to offer its screening programme for young people, parents and babies, its popular Tea Matinees as well as its regular talks with invited art and history speakers.

Sally Cooper, Proprietor, Wells Film Centre, said:
After what has been an exceedingly difficult year due to Covid-19, the financial support from the Culture Recovery Fund has helped secure the continued survival of the Wells Film Centre so that we can continue entertaining and bringing together our local community.

London’s Peckhamplex will benefit from £564,423 so that this well-known and well-loved community cinema can continue to serve its large and diverse local community safely in 2021. The programme includes a wide range of titles from Hollywood blockbusters to art house releases with accessible tickets for every performance priced at £4.99 alongside film festivals, screenings to promote local filmmakers, and events to support other community assets and charities.

John Reiss, Chairman, Peckhamplex, said:
Peckhamplex is immensely grateful for the whole range of Government support during the pandemic – the Job Retention Scheme, the taxation deferrals and the Safety and Sustainability grants from the DCMS Culture Recovery Fund, as well as for the support of the London Borough of Southwark. This help, together with very careful management by the Peckhamplex team, will enable us to remain viable, not losing a single employee, and when public health conditions permit and the flow of commercial films is renewed, we look forward to re-opening and continuing to entertain and inform our large and diverse audience from across London at affordable prices

Cinemas in England have also benefited from other aspects of the Culture Recovery Fund, including Nottingham Broadway which received a grant of £144,000 to kickstart its capital transformation project which was delayed due to the pandemic. Cinemas in multipurpose arts venues such as Home in Manchester and Watershed in Bristol were allocated grants by Arts Council England, ensuring that some of our best known screens have been supported during this crisis.

More than £1 billion has now been allocated from the Culture Recovery Fund to support culture in all four nations during the Covid-19 pandemic. Northern Ireland has allocated £29 million to a Covid-19 Culture, Languages, Arts and Heritage Support Programme, and over £5 million to a Heritage Recovery Fund. Wales has established a £63.7 million Cultural Recovery Fund which includes £20 million to support music, dance, theatre, literature, and the arts allocated by Arts Council Wales. Scotland’s £59 million funding package has also supported the arts, heritage, and grassroots music and established a £15 million Culture Organisations and Venues Recovery Fund.

£14 million in further support will be made available to cinemas through a second round of funding allocated by the BFI early next year from the remainder of the Culture Recovery Fund. Funding was held back to allow the Government to respond to the changing public health picture and will support cinemas at imminent risk of collapse before the end of this financial year. Cinemas which have not yet applied as well as those that have already received support will be able to apply for additional funding to help cover reopening costs from April to June next year. Guidance for applicants and eligibility criteria will be published by the BFI; Arts Council England and the National Lottery Heritage Fund have also published guidance for applications to the next round of grants. Cinemas are also able to apply to the repayable finance scheme for arts and cultural organisations.

UK: One million laptops and tablets for disadvantaged children and young people