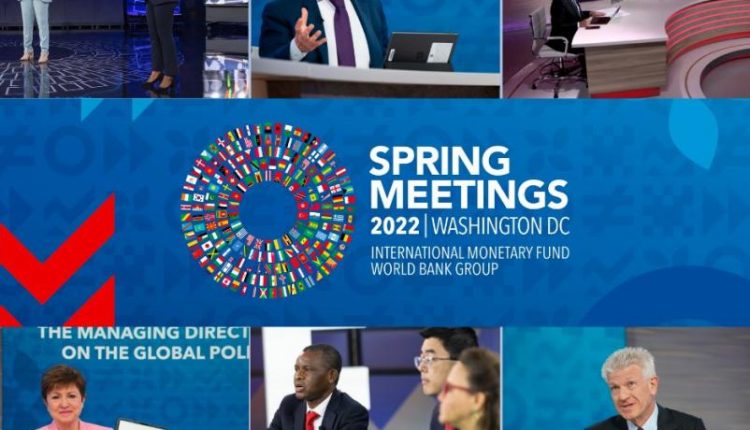 Russia’s invasion of Ukraine “is causing destruction, loss of life, and a large-scale humanitarian and refugee crisis in Ukraine and the region. Its repercussions are global,” Steiner, speaking on behalf of United Nations Secretary-General Antonio Guterres, told finance ministers and central bank governors at the World Bank-IMF Spring Meetings.

Poor and vulnerable communities, already reeling from the impact of the COVID-19 pandemic, have been hit hardest, and the risk of escalating instability and unrest is rising, he said in a statement to the World Bank-IMF Development Committee.

“Deep inequalities, together with distribution and logistics problems, mean supply chains have been disrupted. Solving these crises and alleviating human suffering calls for coordinated action across the board,” Steiner said. This will require lifting export curbs to allow surplus food, energy, and fertilizer reach those most in need, providing capital and debt relief to dozens of countries slammed by spiking prices and interest payments, addressing energy market challenges, and reviving international cooperation.

In a letter to the IMF International Monetary and Financial Committee, the Secretary-General wrote: “The war in Ukraine, in all its dimensions, is having an alarming impact on a world economy already battered by COVID-19 and climate change.”

“Social instability is spreading; people are on the streets in several countries, protesting against food and fuel shortages and the erosion of their purchasing power. These are the first signs of a potential tsunami of debt crises and civil unrest. In our interconnected world, no developing or developed country is safe from these trends.”

On April 13, the UN Secretary-General’s Global Crisis Response Group on Food, Energy and Finance issued its first report. Drawing on six indicators of countries’ exposure to the ripple effects of the war on global commodity and financial markets, the task team found 1.7 billion people in 107 economies severely exposed to at least one of three global channels of transmission linked to the Ukraine crisis: rising food prices, rising energy prices, and tightening financial conditions. Of these 1.7 billion people, 553 million were already poor, and 215 million already undernourished.

In response, the United Nations is calling on governments to ensure adequate supplies of nutritious food by stabilizing freight prices, lifting export curbs, enabling access to humanitarian aid, providing access to emergency finance, and adopting sound policy responses such as making reserves available to countries at risk of famine.

It is also urging the world’s largest energy consumers to refrain from hoarding, make strategic petroleum reserves available to the global market, replace blanket energy subsidies with targeted, time-bound lump-sum transfers not linked to energy use, and provide direct relief to countries identified as “most vulnerable.”

The Group of 20 (G20) major economies should also reactivate a multilateral Debt Service Suspension Initiative for two years and review its Common Framework for Debt Treatment to provide timely debt restructuring, according to the United Nations.

Both the World Bank and IMF have sounded alarms about surging debt that is harming the poorest countries most. Governments borrowed heavily to protect their economies from the ravages of COVID-19 and lockdowns aimed at containing it. The IMF forecasts that government debt in low-income countries will exceed 50 percent of GDP this year, up from less than 44 percent in pre-pandemic 2019.

The compound effects of conflict, COVID-19, and climate change, further, recently prompted the IMF to revise downward its global economic projections for 2022, forecasting global growth of 3.6 percent, 0.8 percent lower than its January projection.

Since 2019, the number of people experiencing severe hunger has increased to 265 million, while 77 million additional people were driven into extreme poverty by the end of 2021, bringing the total to 889 million people. Food prices have reached an all-time high.

By the end of 2021, the equivalent of 212 million jobs had been lost and the number of children lacking basic literacy increased to 584 million. Some 6.2 million people have died from COVID-19, while access to health care has been curbed for millions more.

India Education Diary Bureau Admin May 3, 2022
SRINAGAR : In yet another first, four fencers from Jammu and Kashmir have qualified for the Senior World…

Quantum physics, planet formation and wrestling: Three U of T…