UNESCO Field Offices around the world participated in the global commemoration of the International Day of Commemoration in Memory of the Victims of the Holocaust on 27 January 2020, marking the 75th anniversary of the liberation of Auschwitz-Birkenau. UNESCO holds annual commemorations of the International Day since its establishment by the United Nations General Assembly in 2005. Beyond Headquarters, Field Offices use this occasion to raise awareness about the history of the Holocaust and to address related issues of global concern, including the protection of minorities, the promotion of human rights, and genocide prevention.

In 2020, UNESCO cooperated with the Holocaust and the United Nations Outreach Programme to bring the traveling exhibition “Some were Neighbors: Collaboration and Complicity in the Holocaust” to interested Field Offices and United Nations Information Centers (UNICs). The exhibition, developed by the United States Holocaust Memorial Museum, addresses collaboration and complicity of citizen and governments in different European countries with the Nazi Regime. It was shown in UNESCO Field Offices and UNICS in 24 countries, accompanied by locally organized ceremonies and workshops. In Nigeria alone, 1500 students attended a workshop organized by the UNIC in Lagos. Students were presented with educational materials on the history of the Holocaust and engaged in related activities. 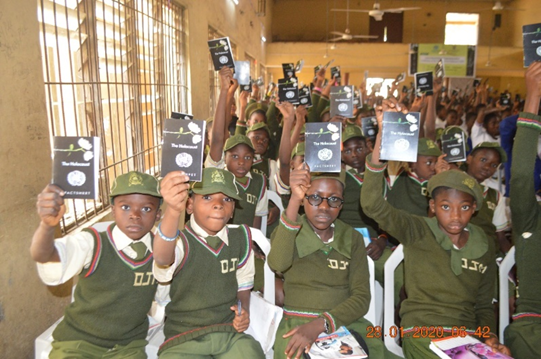 This year, more than 140 students from North India attended the screening of the documentary “Who Will Write Our History” by director Roberta Grossman, organized by the UNESCO Field Office in New Delhi. The documentary tells the story of Emmanuel Ringelblum and the clandestine group Oyneg Shabes, who documented life in the Warsaw ghetto and risked their lives to create an archival record of the crimes committed by Nazi Germany. In his welcome note, Programme Specialist and Head of Social and Human Sciences, Juan Pablo Ramirez Miranda, recalled the words of UNESCO’s Director General: “hatred is the same today as it was yesterday, we can and we must resist it”. The UNESCO Field Office in New Delhi further presented the USHMM exhibition “Some were Neighbors” with the UNIC for India and Bhutan. Both Institutions were joined by a consortium of 18 diplomatic missions in the organization of a film screening of “The Accountant of Auschwitz” and a commemoration ceremony. During the ceremony, the Director of the UNESCO New Delhi Office, Eric Falt, emphasized the Organization’s commitment to promoting education systems that strengthen the resilience of young women and men against the distortion of the history of the Holocaust, antisemitism, hate speech and violent extremism. 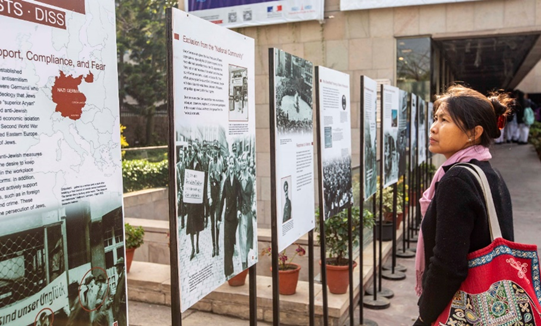 As in previous years, the UNESCO Office in Quito organized jointly with the Embassy of Israel and the Jewish Community in Ecuador a candle lightning ceremony in the presence of the Ambassador of Israel, the Minister of Education, and Holocaust survivors and their families. UNESCO and UN representatives as well as representatives of the diplomatic core in Ecuador, also attended the event. During the ceremony, students read texts in memory of the victims of the Holocaust and addressed the concerning global rise of antisemitism, racism and xenophobia. “Lighting those candles allows us to reflect on our own position and commitment to combat any form of hate and discrimination that may arise now and in the future,” one student said. 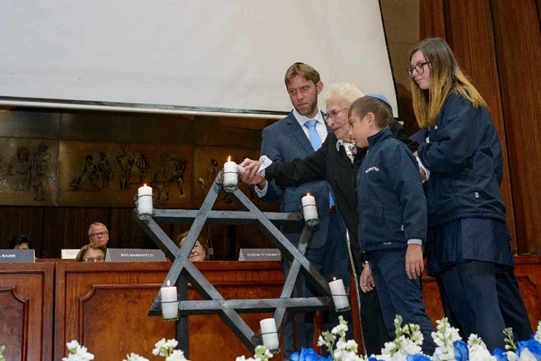 The Field Offices in Mexico City and Brasilia commemorated in the International Day in partnership with local UNICs. In Mexico, the Office hosted a film screening of “The Accountant of Auschwitz” at the Museo del Barro in the City of Metepec, followed by the opening of the exhibition “Some were Neighbors”. Moreover, the UNESCO Representative in Mexico, Frédéric Vacheron, participated in the ceremony at the Memory and Tolerance Museum in Mexico City. In Brazil, more than 150 diplomats, government representatives and members of the Jewish Community attended the commemoration ceremony organized by the UNESCO Field Office and the local UNIC on 28 January in Rio de Janeiro. The audience was presented with a survivor’s testimony and invited to visit the USHMM exhibition “Some were Neighbors”, which will remain on display for a month. 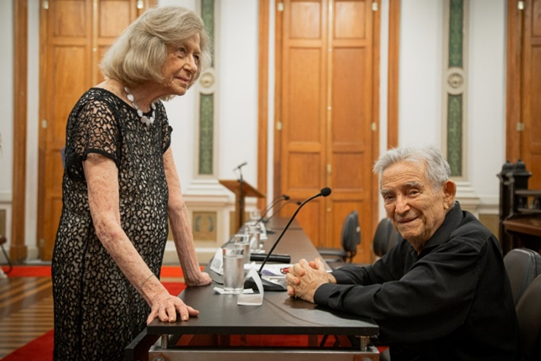 The annual commemoration of the International Day of Commemoration in Memory of the Victims of the Holocaust is placed within UNESCO’s programme on Education about the Holocaust and genocide. UNESCO is committed to promoting Holocaust and genocide education worldwide as a means to sensitize learners for the causes, dynamics and consequences of genocides and to strengthen their resilience against all forms of discrimination. Find out more about UNESCO’s related work.

Traditional knowledge can help communities adapt to a changing climate