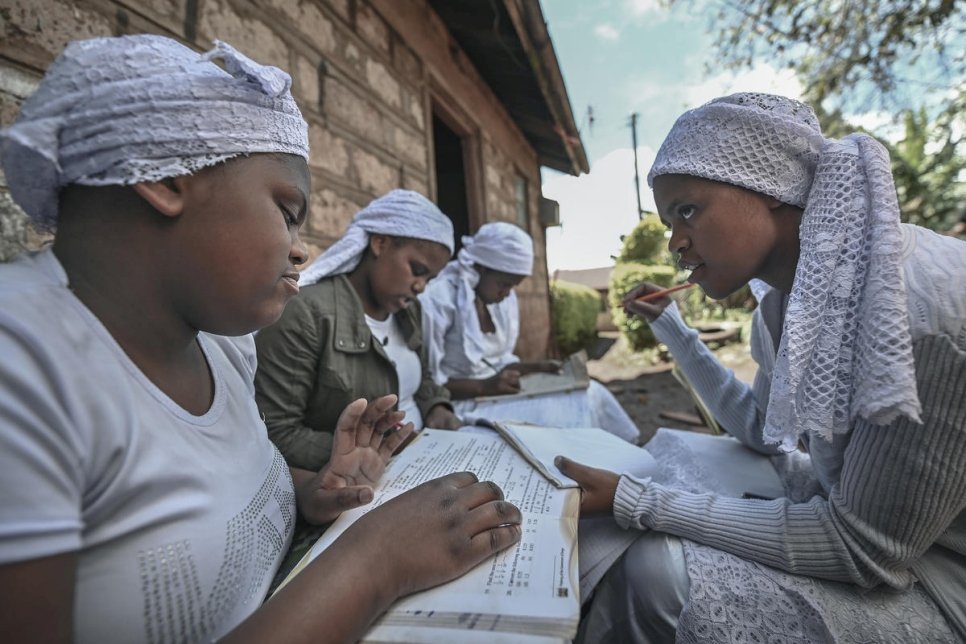 UNHCR, the UN Refugee Agency, welcomes the Government of Kenya’s decision to grant citizenship to 1,670 stateless Shona and 1,300 stateless persons of Rwandan descent who qualify under the law as Kenyan citizens.

“This is a life-changing development for thousands of people. We applaud the Government of Kenya’s decision to grant them citizenship, ensuring that they are fully included in society. This will also set a precedent for other countries to follow when it comes to resolving longstanding statelessness,” said Fathiaa Abdalla, UNHCR’s Representative in Kenya.

The Shona community arrived in Kenya from Zimbabwe (then known as Southern Rhodesia and later Rhodesia) as Christian missionaries in the 1960s. They carried British passports and were registered as British subjects. After Kenya’s independence in 1963, they had a two-year window to register as Kenyans, which many missed. In addition, because they were no longer resident in their countries of birth, they were not able to register there, thus rendering them stateless.

Many stateless persons of Rwandan descent came to Kenya in the 1930s to work in the tea estates of Kericho County. Due to a combination of factors, similar to the Shona people, they have become stateless.

“Their recognition as citizens secures their rights, such as access to education, health care, employment, property ownership and access to financial services,” said Abdalla.

Kenya is home to an estimated 18,500 stateless persons, most of whom are members of ethnic minority groups. In addition to the Shona and those of Rwandese decent are a group referred to as the Pemba people, whose ancestors came from the Pemba Island, Tanzania. Within the framework of the global #IBelong Campaign to End Statelessness by 2024, UNHCR will continue to support Kenya in its efforts to prevent and resolve statelessness.