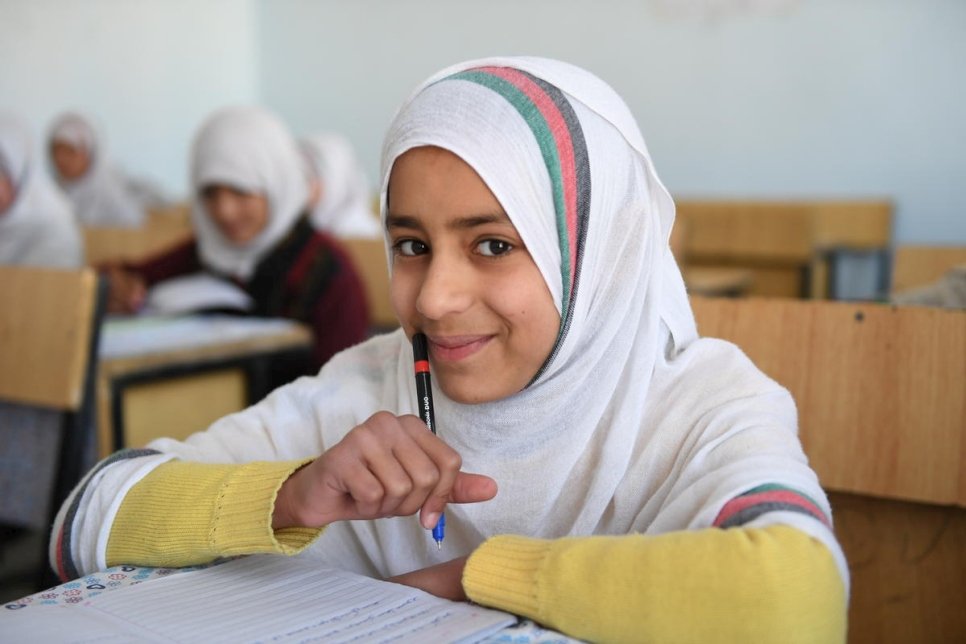 UNHCR, the UN Refugee Agency, is calling for targeted investments inside Afghanistan and in refugee-hosting Iran and Pakistan, warning that inaction could lead to further population flows, continued suffering and instability, and a deepening regional socio-economic crisis in the wake of the COVID-19 pandemic.

As the long-running crisis in Afghanistan enters its fifth decade, a renewed focus on international solidarity is needed to ensure another decade of displacement and despair is averted and hope restored for millions of Afghans.

Some 2.7 million Afghan refugees still live outside the country, while another 2.6 million are displaced within Afghanistan.

Since 2012, Afghanistan, Iran and Pakistan have pursued a regional approach – the Solutions Strategy for Afghan Refugees – to build an environment conducive to voluntary repatriation and sustainable reintegration in Afghanistan, while also easing pressure on host communities.

Working together with the three countries and its partners, UNHCR has come up with a range of humanitarian and development projects in education, health, livelihoods, shelter, energy, water and infrastructure to boost human capital and ultimately support refugee returns and reintegration in Afghanistan.

Since 2002, nearly 6 million Afghan refugees have returned home – including 5.3 million with UNHCR’s support – with the hope of rebuilding their country. However, the pace of return has not been matched by investments in development. Voluntary returns to Afghanistan in 2019 were among the lowest recorded in years.

The latest negotiations to bring peace and stability to the country represent a watershed moment for the Afghan people. However, many Afghans in exile are pinning their hopes on seeing improvements in the situation before returning home. The majority of refugees in the Islamic Republics of Iran and Pakistan cite several main obstacles to their return and sustainable reintegration in Afghanistan. These include a lack of access to livelihoods, land, shelter and basic services, as well as continued insecurity in the country.

Inside Afghanistan, glaring gaps also need to be addressed in the provision of education. Nearly half of the Afghan population of some 37 million are under 15. The initiative is seeking strategic investments to expand education opportunities, skills training, youth empowerment and developing public infrastructure, including schools.

Displaced and host communities are also in urgent need of shelter, cash and targeted interventions in the health, water and sanitation sectors, as well as investments in livelihoods.

Iran and Pakistan have been hosting the vast majority of Afghan refugees for the past 40 years, shouldering a disproportionate burden of providing them with sanctuary and care. Today, the two countries still host nearly 90 per cent of Afghan refugees globally, stretching resources and infrastructure in both countries. With the deteriorating socio-economic conditions in the region due to COVID-19, this long-standing generosity is now in danger of being exhausted.

On Monday, 6 July, UNHCR will be joined by representatives from the Islamic Republics of Afghanistan, Iran and Pakistan in a virtual high-level meeting to seek practical support and galvanize action under the Solutions Strategy for Afghan Refugees.

The future of Afghanistan’s people depends on new partnerships and sustained commitment by the international community.