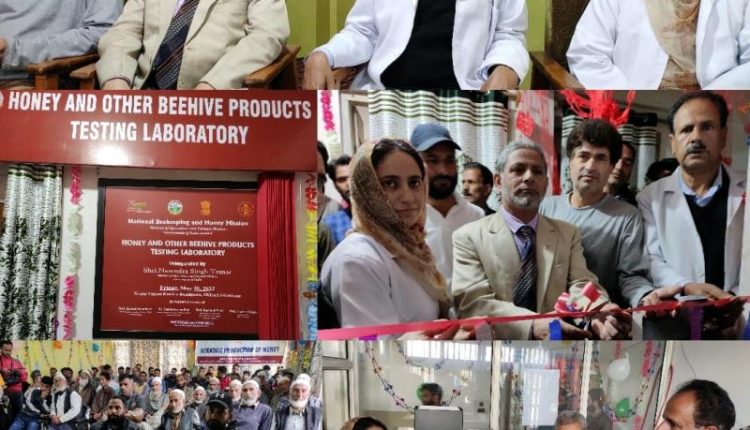 After e-inaugurating the laboratory, Union Minister interacted with progressive bee keeper, Imtiyaz Ahmad Qureshi from Waliwar, Ganderbal, enquiring him about his success journey.

Bee Keeper, while apprising the Union Minister of story of his success, said that his bee keeping venture has not only generated livelihood for his own family but he has emerged as an epitome of new business icon for the local unemployed youth.

Union Minister expressed great satisfaction over the tremendous progress being achieved in the field of Agriculture in J&K saying that this visible transformation will immensely help the farmers to further raise their socio-economic standards. He asked the officers to further step up their efforts towards making sure that maximum farmers are covered under the ambit of different schemes of the department tailored for betterment of farming community.

The programme, attended by more than 100 Bee Keepers, farmers and other stake holders of Bandipora district, was organized to commemorate world bee Day celebration.

Director Extension emphasized the role of honey testing laboratory for the benefit of bee keepers regarding purity and authenticity of their produce so that they can market their produce at good prices both at national and global level.