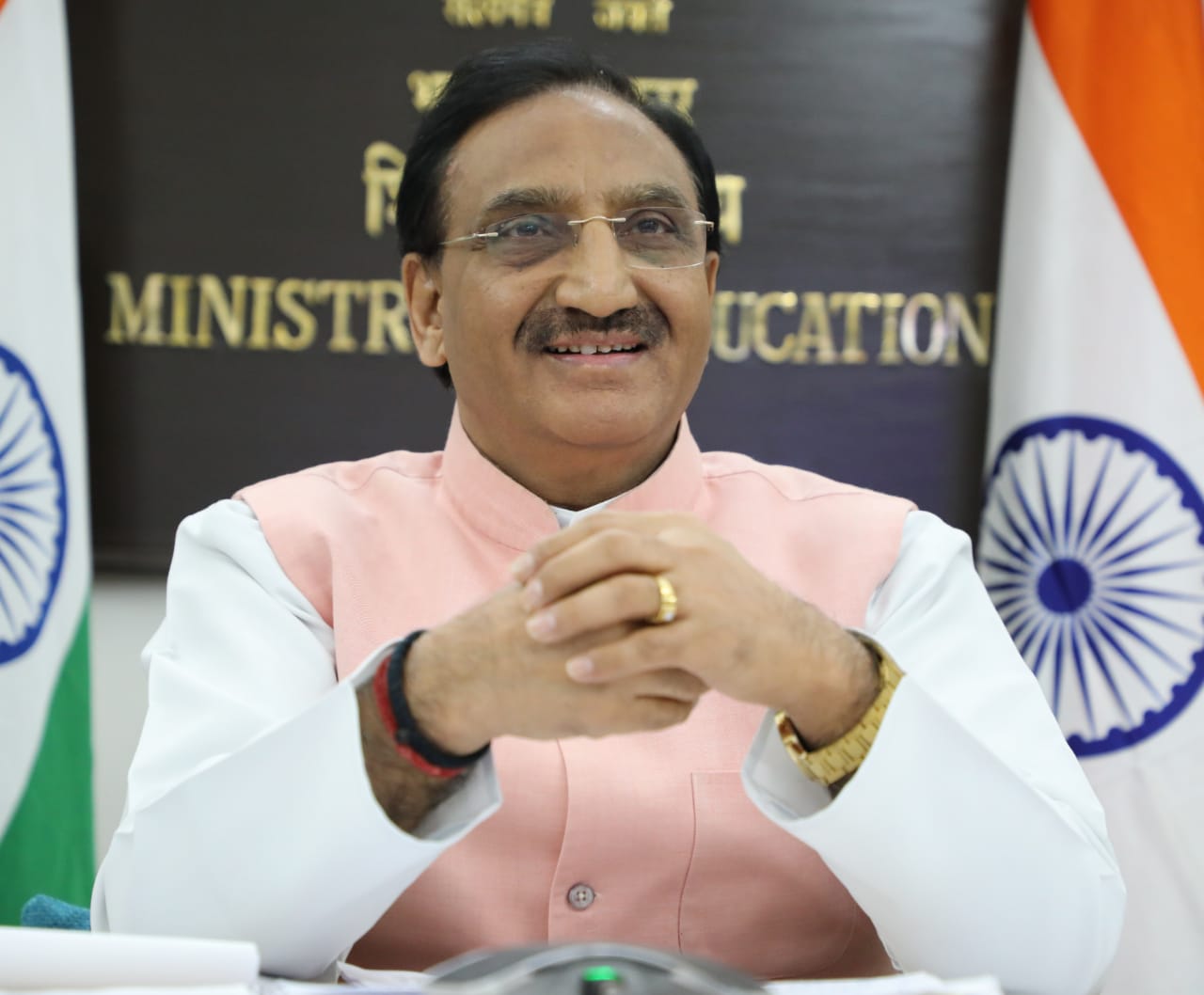 New Delhi: Union Minister of Education Shri Ramesh Pokhriyal Nishank announced the Centre of Excellence for Indian Knowledge System to be set up at IIT Kharagpur. Inaugurating the international webinar titled “Bharata Tirtha” organized by the Institute from November 6-8, 2020, Chief Guest Shri Pokhriyal congratulated the Institute for the continued work in various branches of Indian Knowledge System. IIT Kharagpur has attempted to introspect on the spirit of India, her challenges in the present times and taken the right measures through an initiative like Bharata Tirtha and research, he said.

The Minister emphasized on education through mother tongue along with rejuvenation of Sanskrit to ease the educational process for the diverse people of India and draw from the rich educational heritage of India. Confirming the creation of a National Education Technology Forum to support technical education, he motivated researchers to take forward deeper studies in Indian scientific and linguistic heritage and access the historical educational resources which are still available. He remarked, “Initiatives like Study in India, GIAN, GIAN+ and other funded research programs could be the right resources to spread this to the global students and researchers community.” He further called for excellence in research to accentuate the quality of India which has sustained the culture despite the turmoil over centuries.

Guest of Honour, Shri Sanjay Dhotre opined on the need to critically study and analyze the interdisciplinary nature Indian Knowledge System in the present times. “Spectacular achievements of the past can inspire us but cannot sustain us in the present. It is our responsibility to equip the Indian Knowledge System with Indian ethos and values and attempt a pursuit of excellence in every chosen field,” he said. He hoped NEP 2020 will promote this spirit of India. “NEP 2020 is based not only on cognitive capacities but also social, ethical and emotional capacities which will ensure quality education to all students despite their geographical, economic and social position especially for the historically marginalized and disadvantaged groups,” he added.

Prof. Virendra K Tewari, Director, IIT Kharagpur, expressed the need to acknowledge and incentivize research work on Indian Scientific Heritage by awarding the prestigious Shanti Swarup Bhatnagar Prize. “SS Bhatnagar Prize is a dream goal for science and technology researchers in India. I would like to request Union Education Minister to contemplate on proposing to the Union Minister for Science & Technology to create a new vertical on Indian scientific heritage under this prestigious Prize,” he said.

Biopic to be streamed as tribute to C.V. Raman