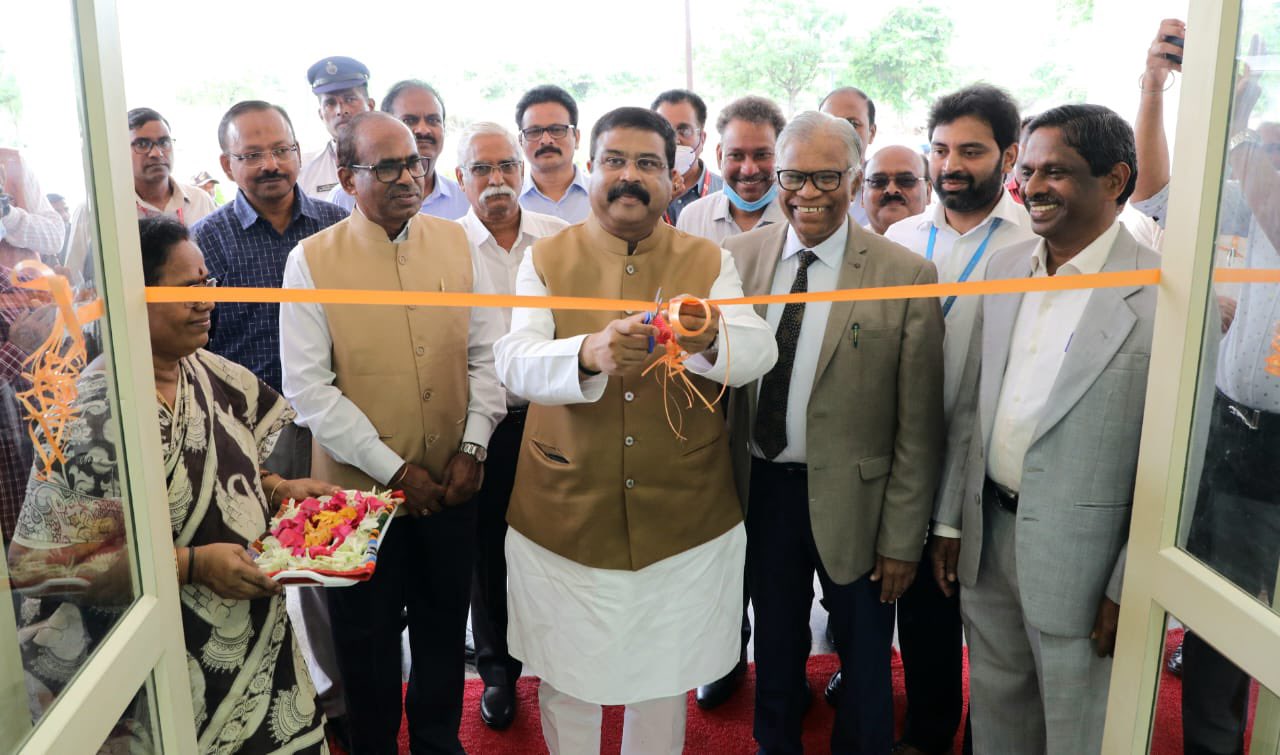 Hyderabad: Union Education Minister Dharmendra Pradhan launched the Open Language Learning Resources (OLLRs) in five languages at the English and Foreign Languages University (EFLU) in Hyderabad. The university developed the tools to learn 5 languages easily and free of cost from anywhere. The OLLRs launched today include Chinese, French German, Japanese and Spanish.
Speaking on the occasion, the minister asked EFLU to create ecosystem for learning languages to those who are coming to India too. He said all Indian languages are national languages and asked EFLU can be a catalyst in creating language network. He said the central government is committed to education. He said by next year, the ministry will have 200 education TV channels. Good content will be developed in multi lingual and language ply key role in technology. the Minister further asked EFLU to play a big role in preparing human resource capable, and make them a source of knowledge. when the country is making efforts to be a global leader in academics.
The Minister earlier inaugurated Amphitheatre and multi purpose sports complex on its campus. Rajya Sabha member Dr Lakshman informed that over 3000 posts in higher education, which are pending since long time, have been filled in 6 years. He asked the university to fill up all vacant posts especially those belonged to reserve category as soon as
Earlier, Vice Chancellor Prof E. Suresh Kumar has explained various courses and activities of the university. Rajya Sabha Member Dr K Lakshman also present.