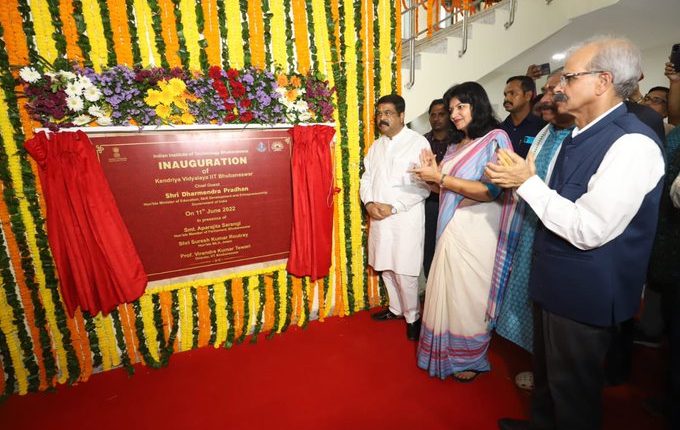 Bhubaneswar: Union Education Minister Dharmendra Pradhan on Saturday dedicated the Kendriya Vidyalaya in the IIT Bhubaneswar campus and laid foundation for a permanent campus for it.

The school would start functioning from the academic year 2022-23 and classes would be held in earmarked classrooms after admission to Classes-I to V.

Results of Odisha matriculation exam 2022 will be declared…

The KV would be shifted to its new campus once construction works are completed in 10 acres of land provided by the IIT Bhubaneswar. The IIT would also meet the entire expenditure of Rs 25 crore for setting up the institution besides spending of Rs 4 crore annually.

It has also been decided to establish 15,000 PM Shree Schools in the country, Pradhan said.