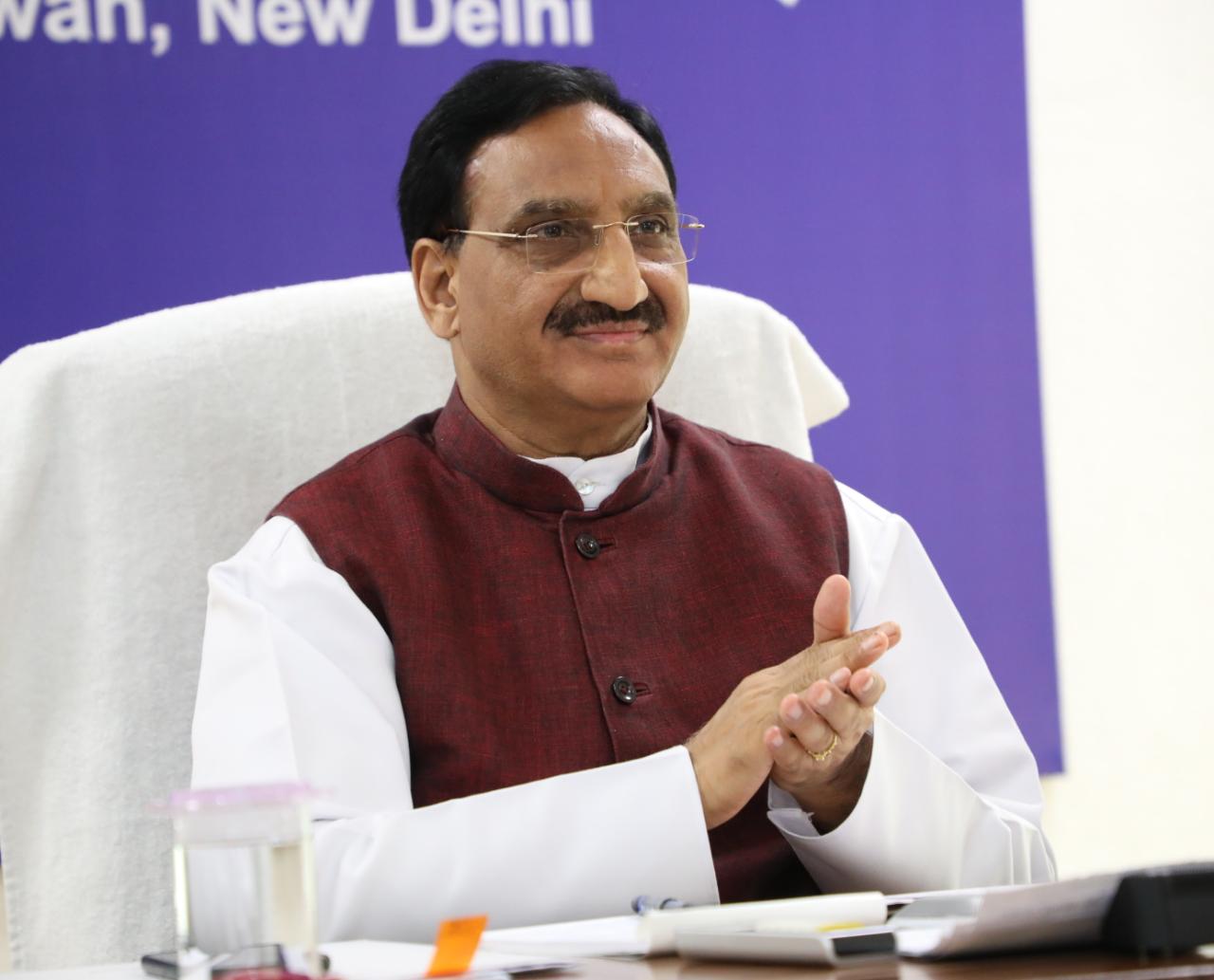 Jammu: Union Education Minister, Ramesh Pokhriyal ‘Nishank’, Tuesday, e-inaugurated (Lokaarpan) three projects recently completed at Central University of Jammu.
The projects inaugurated are Dr. Syama Prasad Mookerjee Hostel, Pandit Premnath Dogra Guest House and Brigadier Rajendra Singh Road.
In his presidential address, Ramesh Pokhriyal ‘Nishank’ appreciated the leadership of Central University of Jammu, for naming these projects after Dr. Syama Prasad Mookerjee, Pandit Premnath Dogra and Brigadier Rajendra Singh. The Minister hoped that the Central University of Jammu will touch new heights under the leadership of Vice Chancellor, Prof Ashok Aima. He also appreciated the institutional building efforts and initiatives of Prof. Ashok Aima for academic visibility of the University at national and international levels. He impressed upon him to continue his support, guidance and mentoring of Central University of Jammu in its journey to become a Centre of Excellence.
Special Guest, Union Minister of State for Education, Sanjay Dhotre, said that under leadership of Prime Minister Shri Narendra Modi, India has excelled in every sector and our country is achieving new milestones with each passing day. “Certainly we will be world power one day and to achieve this goal the government is leaving no stone unturned to further strengthen education system of the country”, he added.
Guest of Honour, Union Minister of State PMO, Dr. Jitendra Singh, who played a major role in sanctioning of new departments for the University, expressed his satisfaction on the achievements made by the University.
The Vice Chancellor, Central University of Jammu Prof. Ashok Aima, in his address, gave a brief description about major achievements of the university during his tenure since April 2015. “The University has been successful in attaining an all India character by admitting students and research scholars across diverse regions of the country, thereby offering a testimony to the nationalistic bonding and the academic spectrum of the Central University of Jammu”, he said, adding that the progressive developmental trend is quite visible in infrastructural and support facilities including Digital India initiative.
Earlier, the programme begun with Vedic Ma?gal?caran by Manish Kumar and a brief introduction was given by Prof. Rasal Singh, Dean Students’ Welfare. Dr. Ajay Kumar Singh, Assistant DSW, Central University of Jammu elaborated the Rationale of the nomenclature. Dr. Ravi Kumar, Registrar presented vote of thanks and the dais was coordinated Dr. Bachha Babu, Proctor of the university. The event was attended by Deans, Heads, Teaching and Non-Teaching staff of the university.

Research Scholar appointed as Point of Contact for Yemen