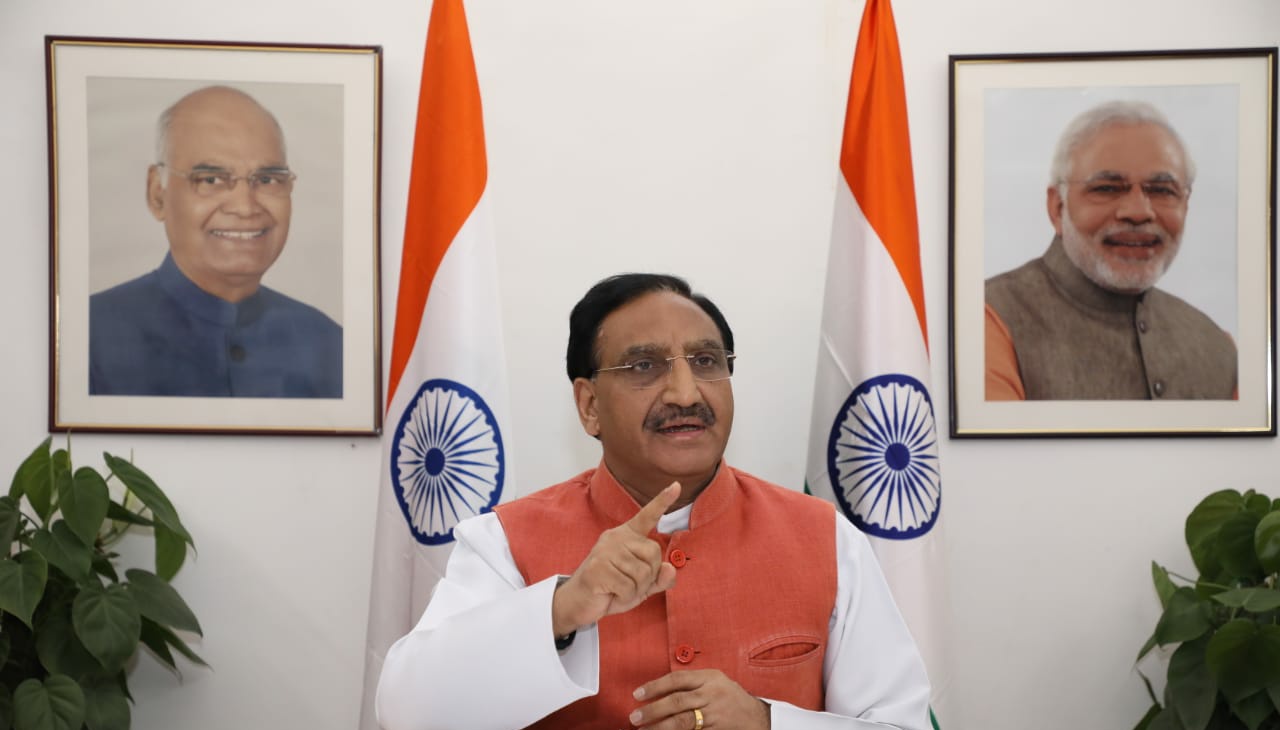 Speaking on the occasion the Minister said that it is necessary not only to invent for the self-sufficiency of the country, but also to patent the inventions. Patent of inventions will lead India towards Self-Reliance, he said. India has a proud history of Nalanda and Takshila Universities so we already had the intellectual property inherited within our culture. India has to again lead the world as Vishwaguru in the field of patents, he added. On ‘National Innovation Day’, this important initiative has been taken towards making India self-reliant, he said. Under this campaign, students pursuing education in higher educational institutions will get information about the correct system of application process for patenting their invention and they will be aware of their rights. He further said that we need to take a giant leap in the field of patents.

The Minister said that we have to workt in a mission mode as we have ample resources that need to be tapped in the field of IP. He appealed to the youth of this country to come ahead with their inventions. He highlighted that there is sufficient talent in the country, now we have to blend it towards patent. We will facilitate the colleges and institutions to encourage more and more students to file patents. The Minister appealed the Indian students to stay in the country and study. he urge them to stay in India to showcase their talent in the ‘New India’ of 21st Century.

The Institution Innovation Council (IIC 2.0) annual report was also presented on the occasion and the launch of IIC 3.0 was announced. It has also been decided to celebrate the week of October 15th to 23rd as ‘Intellectual Property Literacy Week’. The IIC 3.0 website was also launched.

Speaking on the occasion Shri Sanjay Dhotre said that the Institution Innovation Council was established by the Ministry of Education in 2018. So far, IICs have been established in about 1700 higher educational institutions. IIC will be established in 5000 higher educational institutions under IIC 3.0. For India to become a $5 trillion economy, we have to be more aware of protecting intellectual property. Research students and scientists of India engaged in research and development must apply to preserve and safeguard their inventions, he added.

Shri Dhotre informed that under the Intellectual Property Literacy Week, a number of activities will be organized from October 15th to October 23, in which online awareness will be created about the system and the importance of the process of applying for a patent. Debates, poster contests, quizzes and community meetings will be held in this week. He hoped that this mission of the Ministry of Education will promote entrepreneurship and startups in India’s higher education infrastructure.

Addressing on the occasion Shri Khare said that the students in higher education institutions of the country are innovating constantly under the guidance of their teachers. But they are not aware of the system of filing its patent but under this campaign, students will be able to get benefits from their inventions by patenting them.

Controller General of Patents, Design and Trademarks Sh. O P Gupta said, “The country can benefit from its inventions only if the country’s researchers and inventors are aware of the proper system of patenting. This campaign will create awareness among students for filing applications for patents.”

Dr. Abhay Jere, Chief Innovation Officer, Innovation Cell, Ministry of Education, gave a presentation on the Intellectual Property Education Campaign at the inauguration ceremony. He shared the insights about the status of IP filing in India and the road to lead India towards increasing the IP patents. Dr. Mohit Gambhir, Director, Innovation Cell, Ministry of Education presented the annual report on the achievements of IIC 2.0.