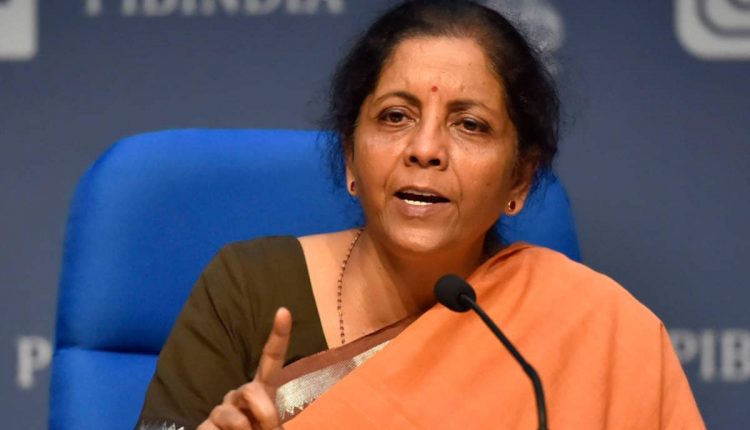 Union Minister for Finance & Corporate Affairs Smt. Nirmala Sitharaman will be traveling to the USA on an official visit beginning April 18, 2022. During her visit, Smt. Sitharaman will be attending the Spring Meetings of the International Monetary Fund (IMF) & World Bank, the G20 Finance Ministers and Central Bank Governor Meeting (FMCBG) meetings.

The Finance Minister will also hold one-on-one meetings with CEOs from the semiconductor, energy and other sectors of priority for the Government of India.

‘Divyangjan don’t need our sympathy, they deserve every…

During the course of the visit, Smt. Sitharaman will participate in a high-level panel discussion on “Money at a Crossroad” hosted by the Managing Director, IMF.

Apart from the official meetings with the World Bank, IMF, G-20 and Financial Action Task Force, the Finance Minister will also attend an event at the Atlantic Council, a prominent think tank based in Washington DC, and will also interact with the faculty and students at Stanford University.

‘Divyangjan don’t need our sympathy, they deserve every opportunity to develop to their full potential’: Vice President

“Ayushman Bharat – Health and Wellness Centres achieves yet another milestone – Records all time high teleconsultations on a single day!”

“Ayushman Bharat – Health and Wellness Centres achieves yet another milestone –…

‘Divyangjan don’t need our sympathy, they deserve every opportunity to develop to…

J&K Bank ties-up with SKUAST ; We will provide every possible…

Rajouri hosts ‘My Youth My Pride’ event in Badminton; Taekwondo,…