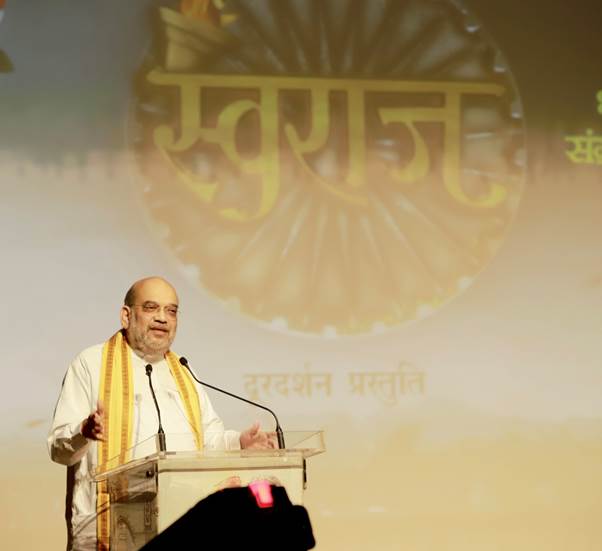 Speaking on the occasion, Shri Amit Shah said Doordarshan and All India Radio have stirred up the country from time to time through various programmes by cultivating and channelizing emotions and finally bringing together creative power. Shri Shah said only All India Radio and Doordarshan can express the feeling of India. 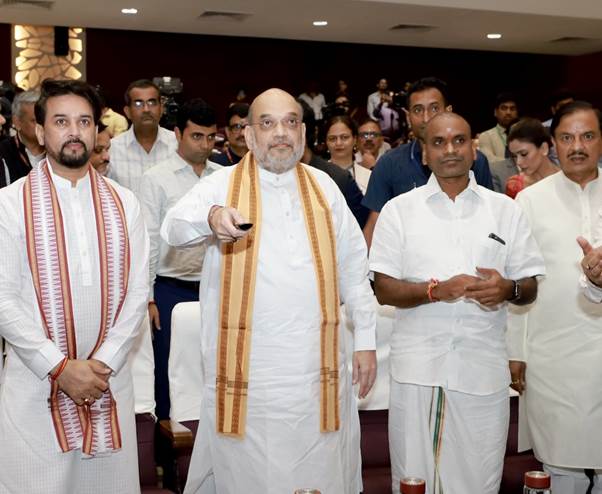 The Union Home Minister said today’s programme has a special significance in itself because under the leadership of Prime Minister Narendra Modi, we are celebrating Azadi Ka Amrit Mahotsav which is very important for the Nation. We are glorifying our Independence in the country and abroad and our national achievements over the last 75 years. Millions of people, knowingly or unknowingly, sacrificed their lives so that we got ourFreedom, and we are also rememberingthem. At the same time, we are resolving to make a great India during the period from the AmritMahotsav to the Centenary of our Independence, and we are also expressing our strong willingness to put in the ideal efforts to fulfill these resolutions. Shri Amit Shah said that after the leap that the country is about to take,no one can stop India from becoming great. Doordarshan has undertaken production of75 episodes of the “Swaraj” serial under the leadership of Union Information and Broadcasting Minister Shri Anurag Singh Thakur.

Shri Amit Shah said that the meaning of the word Swaraj in India is not limited to self-government. The word Swaraj in itself means to make the whole of India Independent and to run our affairs in our own way. The word Swaraj means swa-bhasha, swa-dharm and swa-sanskriti and our own arts. Unless we understand the spirit of Swaraj literally, India cannot achieve Swaraj in the true sense. He said that over the past 75 years, everyone has made efforts to take the nation forward. But if we are not able to save our languages when the Centenary of Independence is celebrated, if we cannot pass on our history to the next generation and if we cannot save our culture which has been continuous for thousands of years, then can we achieve Swaraj? He said those who ruled us had destroyed our excellently developed systems. They could rule over us only if they created an inferiority complex in us, because we were ahead of them in every field. We were far ahead of them in humanitarian and governance values. The India which has given the Gita, the Vedas, the numeral zero and astronomy to the world. Those who ruled over us also tried to create myths about the knowledge we possessed, they created an inferiority complex about our languages, our culture, and our ability to govern.

The Union Home Minister said the 75-week long “Swaraj” serial will be translated and shown in all Indian languages. The purpose of the serial should be to uproot every inferiority complex and bring a sense of pride in our people, it is only then that will we be able to fulfill the objectives of Swaraj and this will be the biggest achievement of Azadi Ka Amrit Mahotsav. Shri Shah told the youth gathered at the function, that those who do not glorify the positive aspects of their history, can never create a great future for themselves. If the country has to have a great future, then our great history has to create pride in the youth. The Home Minister said he has complete faith that this serial will move our youth and create pride amongst them about our history and we will move forward with greater speed towards the creation of a great Indiaunder the leadership of Prime Minister Narendra Modi.