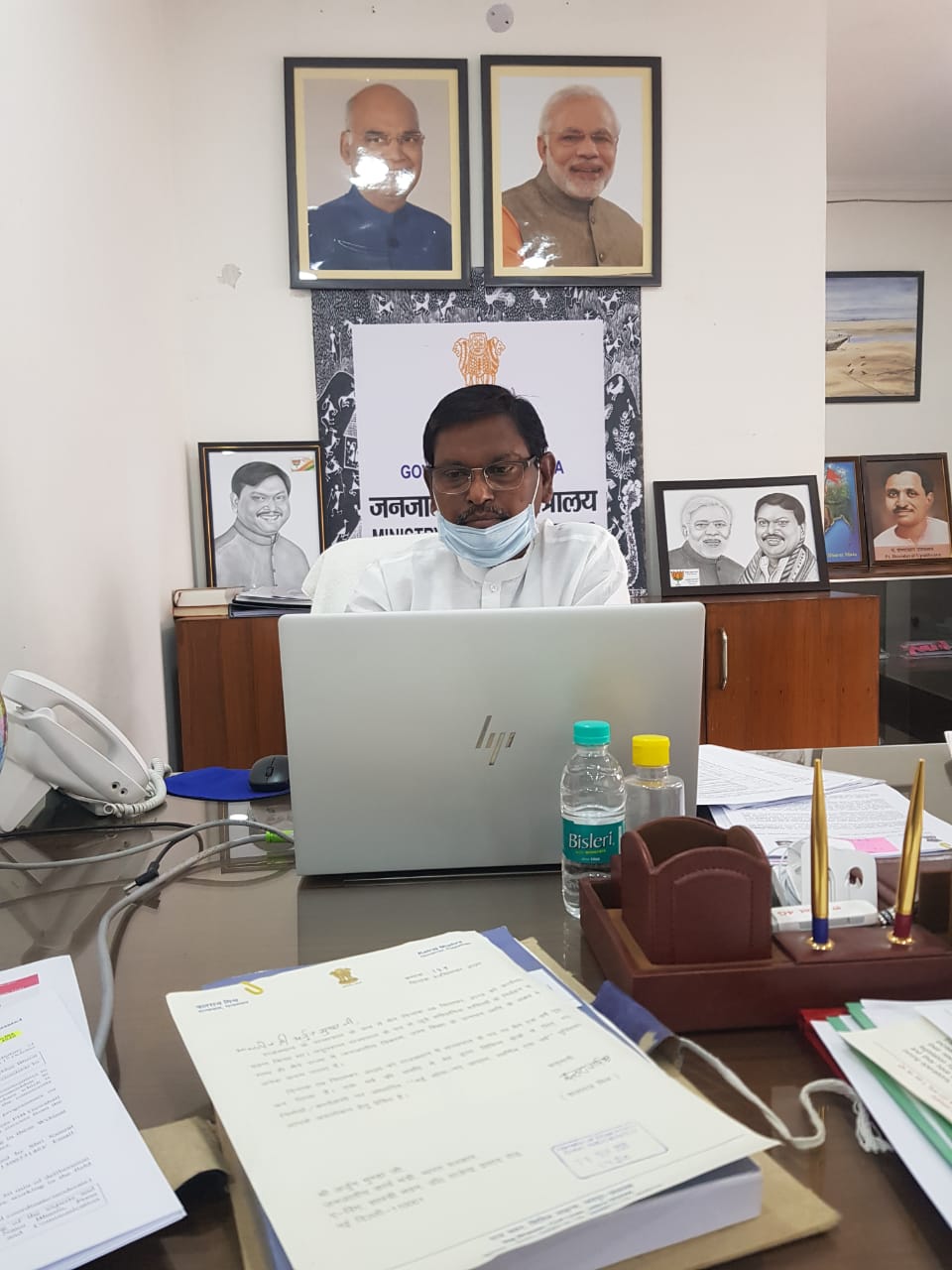 New Delhi: Apex industry body ASSOCHAM has set up the ‘Centre of Excellence (CoE) for Tribal Entrepreneurship Development’ and will work in partnership with Ministry of Tribal Affairs, Government of India.

The Centre of Excellence for Tribal Entrepreneurship Development was virtually inaugurated by Shri Arjun Munda, Union Minister of Tribal Affairs, Government of India. The event was attended by several dignitaries from the Central and State Governments.

Noting that potential of Indian tribal community has largely remained untapped due to various reasons, Shri Munda said “There is lack of awareness about tribal heritage and ignorance about the range and diversity of tribal produce across the country.”

Lauding the chamber’s efforts, the Union Minister added, “A differentiated value proposition mooted by ASSOCHAM should help position and develop tribal offerings and in turn create better livelihood opportunities for tribal artisans and the community at large.”

Highlighting the need for collective stakeholder participation, Shri Munda said, “I call upon all the stakeholders, including the industry members, to join in the efforts of developing the potential of the tribal communities and building their capacities to enhance their contribution in socio-economic growth thus fulfilling the vision of Atmanirbhar Bharat given by Prime Minister Narendra Modi.”

ASSOCHAM also conducted a webinar titled, ‘Khadi: Symbol of independent Atmanirbhar Bharat,’ to commemorate the birth of Father of the Nation, Mahatma Gandhi and to celebrate upliftment, inclusion and empowerment of India underprivileged, marginalized and impoverished communities.

IIT Guwahati and AICTE to collaborate on solving Water and…

The discussion focused on the urgency to promote and support entrepreneurship of the tribal communities in the country.

Sharing his views, ASSOCHAM president, Dr Niranjan Hiranandani said, “Given the often-remote locations where these tribal populations live, delivering essential services and ensuring they can benefit from economic growth, remains a crucial challenge for the country. Considering that scheduled tribes are almost 20 years behind the average Indian population in terms of their development, the potential of approximately 8 percent of our population must be fully developed and leveraged. The ‘Tribal Entrepreneurship Development Programme’ would optimize their contribution to the growing economy of our country and support India’s vision of becoming Atmanirbhar.”

Echoing similar sentiment, ASSOCHAM secretary general, Mr Deepak Sood said, “In a bid to promote and support entrepreneurship across Indian tribal communities, efforts are underway in connecting agriculture and forest produce with markets using technology, creation of self-help groups, empowering women, and creating self-sustainable enterprises. However, there are several challenges and bottlenecks that impede the growth of this process. The ‘ASSOCHAM Centre of Excellence’ will strive to address these issues, explore avenues of promotion to create a robust tribal brand identity and in the process – build and enhance the entrepreneurial capabilities of the tribal artisans.”

Mr Sood added that the ‘Tribal Entrepreneurship Development Programme’ is aimed at ensuring the quality of life to the last man in the line and strengthening tribal entrepreneurship.

NCPA to host a virtual Story telling session by Anita Ratnam to celebrate Devi, the…

iednewsdesk Sep 23, 2021
Queensland Conservatorium and Griffith Film School are joining forces for an evening of music and…

University of Western Australia: Snooze for science and help find a…

Ural Federal University: Scientists Get Closer to Creating an…

Join Aalto University at the 2021 European Researchers’ Night on…