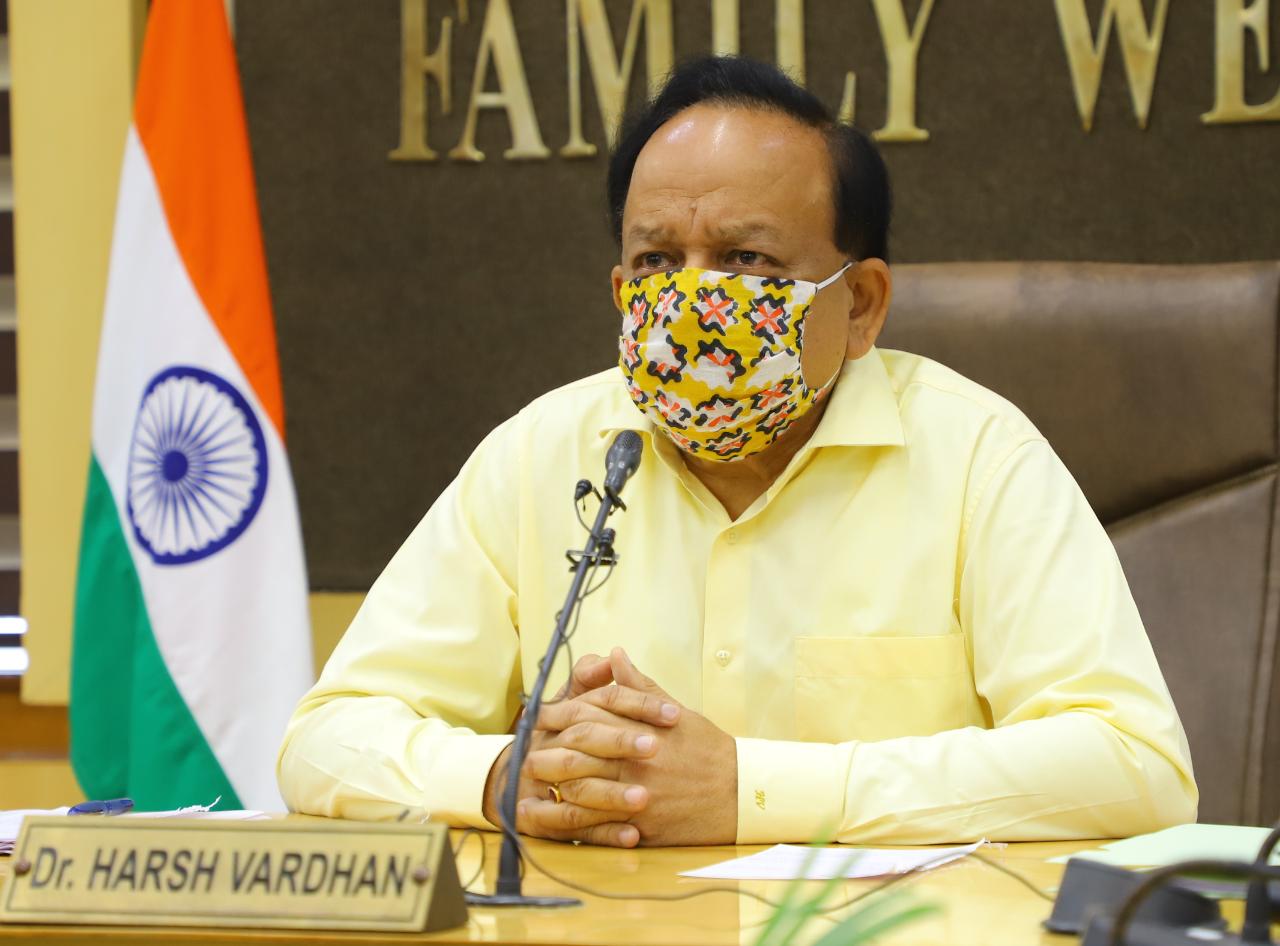 New Delhi: Union Minister for Science & Technology, Earth Sciences, Health and Family Welfare, Dr. Harsh Vardhan was given an overview of the recommendations made by the CSIR Overarching Committee. The implementation of these recommendations would make CSIR a 21st -century ready globally competitive organization.

Speaking on the occasion, Union Minister of S&T, ES and MoHFW, Dr Harsh Vardhan remarked that the Government is focussed on harnessing the intellectual capital, excellence and dedication of scientific fraternity in realizing the dream of an S&T led, inclusive and sustainable development. Significantly, over the last seven-years, there has been greater synergy and alignment of R&D with national priorities.

Dr Harsh Vardhan suggested that the concept of ‘science for people and people for science’ to enhance collaboration in R&D projects with Industry and Academia need to be focussed. To attract young scientists, there is a need to think differently on the lines of ‘Jigyasa’ whereby participation of younger generation who are enthusiastic and have curiosity for new research ensures great ideas. He further added that the Government is supporting a number of start-ups to take up new initiatives for benefit of the common people.

Dr. Harsh Vardhan advised that with the high-class infrastructure available with the existing labs, the possibilities of research on the subjects which cater to the day to day needs of the common people should be explored. He further pointed out that there is an immediate need to bridge the gap between the technologies developed and its benefits made available to the common people at affordable prices. He urged that scientific fraternity should focus on solving the problems of the country through S&T. This can only be achieved through vision and a roadmap.

Dr Harsh Vardhan observed that in 2022, India will be celebrating 75 years of Independence and as per the vision of the Prime Minister of India , the scientific community should work to achieve the dream of New India. He emphasized that CSIR has the capability to emerge as a “New CSIR” that is 21st-century ready and globally competitive and contributes to alleviating the problems of common man through S&T.

Dr. Shekhar C. Mande, Secretary DSIR and Director General, CSIR assured that CSIR will implement the recommendations made by the Overarching Committee in a time bound manner so as to enhance CSIR’s technological support to Indian Industry and lead the country towards global leadership in S&T and Innovation.

AIC-GIM Foundation, Climate Collective and the Taj Hospitality Brand collaborate on a…