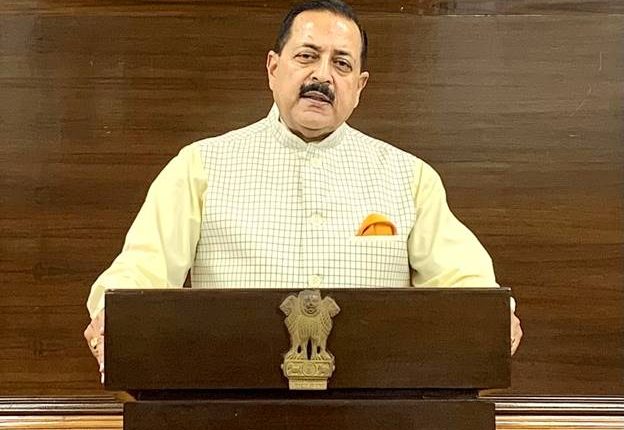 Union Minister Dr Jitendra Singh Advocates Mandatory Blood Sugar Test for Every Pregnant Woman, even if she does not have any symptoms

Addressing the inaugural ceremony of the two-day 15th Annual Conference of the Diabetes in Pregnancy Study Group India (DIPSI 2021), virtually, the Minister said that diagnosis of diabetes is vital to prevent the disease in young generation.

He said that any diagnostic criteria and procedure should be simple, doable, economical and evidence based, and, in this aspect diagnosis of Gestational Diabetes Mellitus (GDM) with a “Single Test Procedure” recommended by “Diabetes in Pregnancy Study Group India (DIPSI)” and endorsed by Ministry of Health & Family Welfare, GoI, is an affordable test to meet the requirement of all strata of society.

The Union Minister said that the Ministry of Health & Family Welfare, GoI, has mandated screening of all pregnant women for Gestational Diabetes Mellitus (GDM) as part of routine antenatal package according to country’s 2014 national guidelines, but its real operationalization at primary health-care level is still suboptimal.

The Minister said that the International Diabetes Federation (IDF 2019) has estimated that diabetes affects about 463 million people globally which is projected to increase to 642 million people by year 2040.

In 2019, the global prevalence of Hyperglycemia in Pregnancy (HIP) in the age group of 20-49 years was estimated to be 20.4 million or 15.8% of live births. They had some form of hyperglycemia in pregnancy, of which 83.6% were due to GDM, which has emerged as a global public health problem.

The Union Minister said that as poor Glycemic control in GDM or HIP is a future risk for development of Metabolic syndrome / NCD in the offspring born out of HIP, every effort has to be made to avert rising burden of NCD by providing excellent care during gestation to reduce all the feto-maternal adverse outcomes associated with this condition.