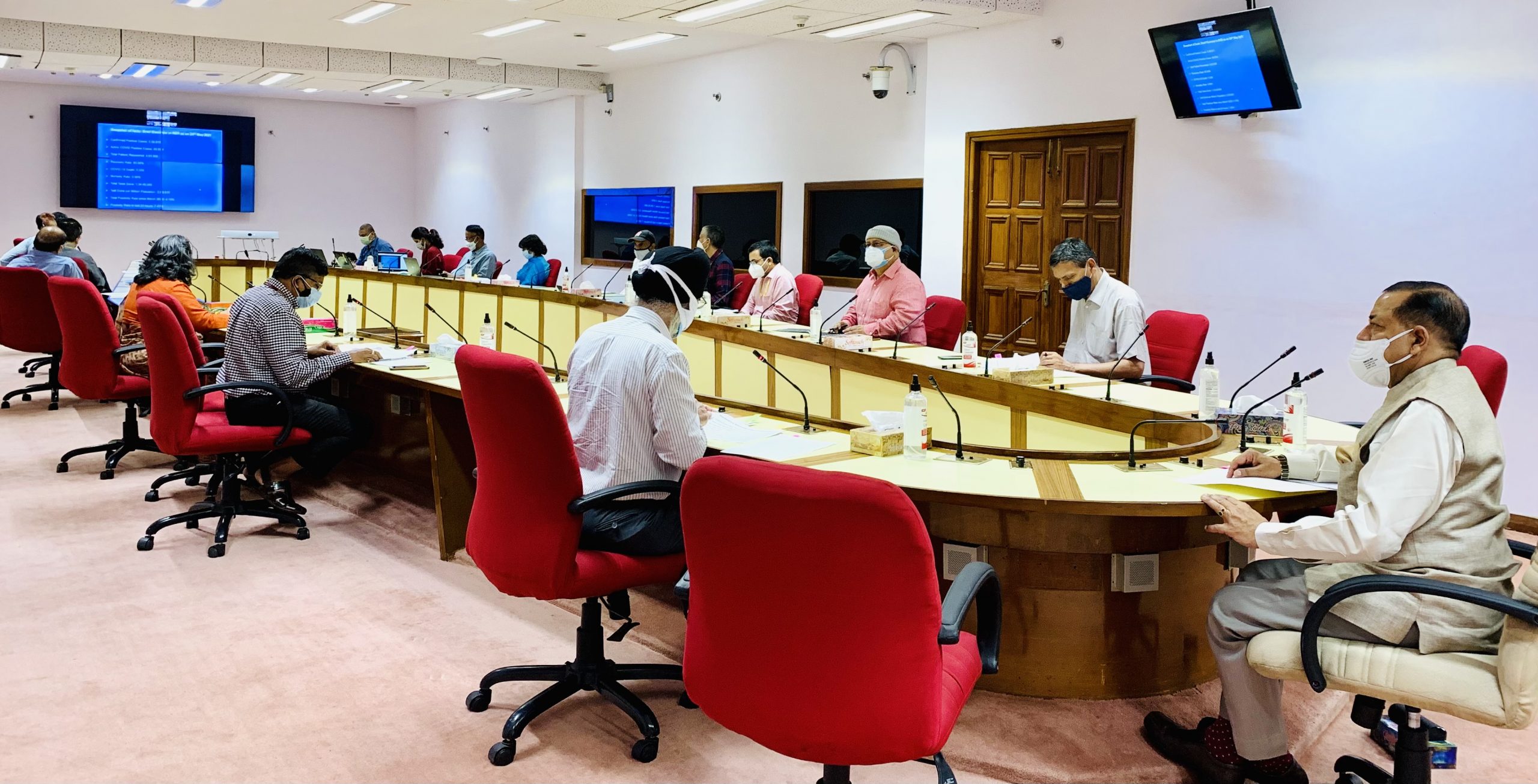 The meeting was attended by Health Secretaries of all the eight Northeastern States of Assam, Meghalaya, Tripura, Arunachal Pradesh, Sikkim, Manipur, Mizoram and Nagaland as well as Union Secretary Ministry of North East, Secretary North Eastern Council and Joint Secretary Incharge Northeast in the Ministry of Health.

Taking note of the reports in some sections of media that Northeast may become the next COVID hotspot, Dr Jitendra Singh said, what is worrisome is that in the last wave of the pandemic, North East had remained relatively unaffected by COVID compared to many other States and some States like Sikkim did not have a single corona positive case throughout the lockdown period. But in contrast this year, in the last around two weeks, North Eastern States have suddenly started registering a steep rise in corona positive cases. He said, he is in constant touch with all the eight Chief Ministers of North Eastern States and whatever help is sought from the States is being promptly provided from the Centre.

Dr Jitendra Singh said, the immediate resolve should be to find ways and means of ensuring that the rising graph of corona positive cases in different Northeastern States starts declining or immediately shows the flattening of the Curve.

He brought to the notice of the Health Secretaries of the respective states, the projections shown this morning which reflect the rising trend of positive cases in States like Tripura and Meghalaya, and also identified certain specific districts in Nagaland, Mizoram and Arunachal Pradesh which were showing a much higher affliction comparatively.

The Minister advised for strict enforcement measures and extensive testing and contact tracing measures. He said, all measures should be taken for observing COVID-appropriate behaviour and management of micro containment zones, wherever it becomes necessary.

Dr Jitendra Singh informed that in coming weeks, the Centre will supply enough vaccines for all the North Eastern States and a schedule for the same is being given final touches in the Union Health Ministry. He asked the North Eastern States to send COVID and Health related proposals on a priority basis and promised for speedy disposal of such proposals at the Centre. He said, the Ministry of DoNER has convened a meeting on 2nd of June for acting on the proposals sent by the Stated, but so far only four States have sent such proposals . He asked other States also to firm up their request on an urgent basis. He said, all proposals related to hospitals, oxygen plants, mobile testing vans and those related to fighting the pandemic would be accorded highest priority.

Dr Jitendra Singh noted that during the 1st phase, all the 8 North Eastern States managed COVID-19 very effectively and the entire region emerged as a model of Corona management in the entire country. He, however, expressed concern that during the second phase COVID-19 is taking a huge toll in the region in comparison to last year. The Minister asked the senior officials to prepare a comprehensive roadmap by next week to arrest the rising number of cases and fatalities.