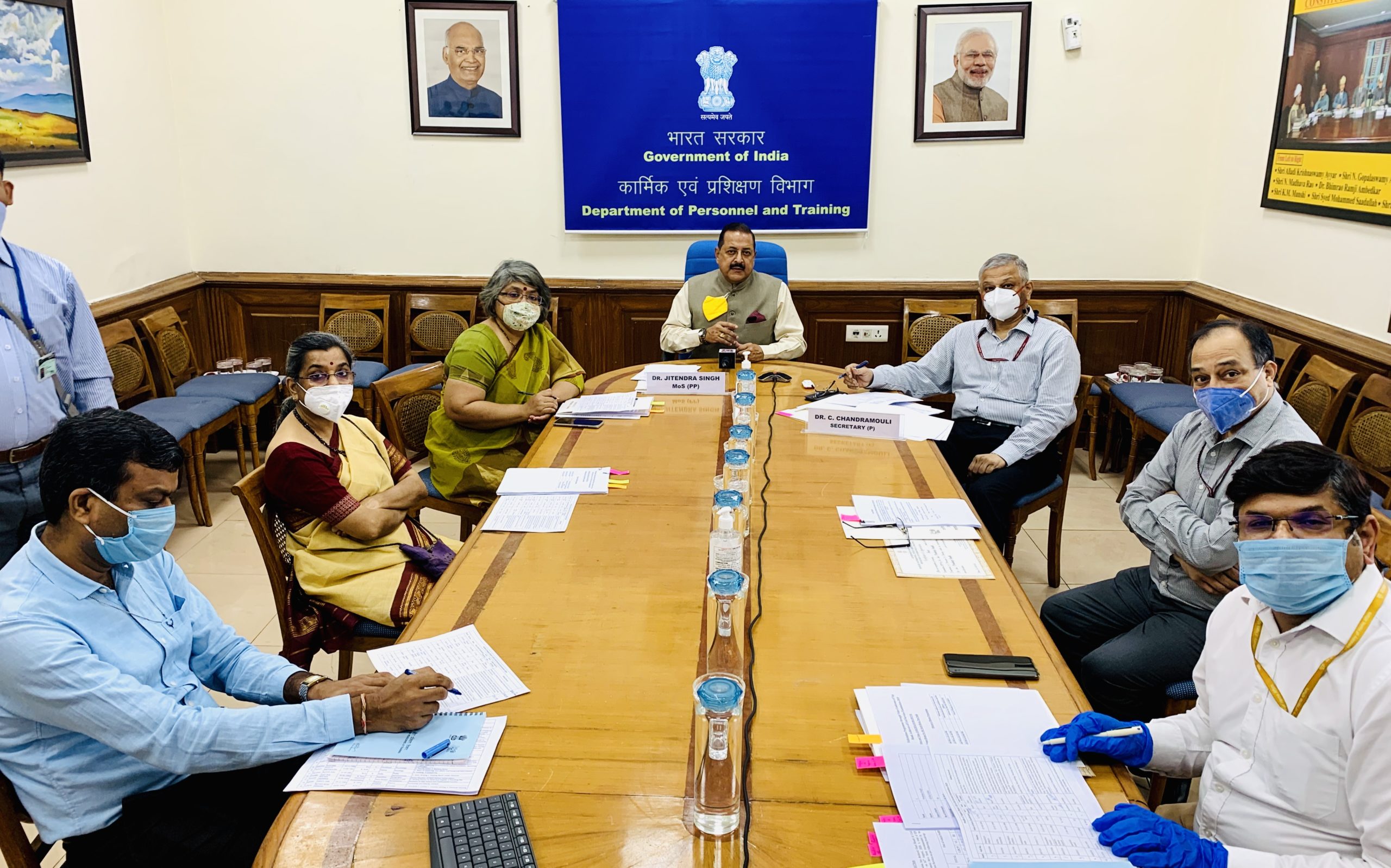 During the interaction, Dr Jitendra Singh said, for the last five years or so, he had introduced in the Department of Personnel and Training (DoPT) a new tradition of personally inviting the All India Toppers to the DoPT Headquarters at North Block and felicitating them along with presentation of testimonials. However, this year’s ceremony could not be held in the same format because of the constraints of the pandemic and therefore a Video Conference is being held with the All India Toppers located in different parts of the country.

Dr Jitendra Singh complimented the DoPT for living up to the expectations of the Modi government by not allowing the official work to be interrupted for a single during the entire phase of pandemic. The ceremony being held today, is also reiteration of the same, he said.

During the informal chat with the toppers, Dr Jitendra Singh inquired about their family and their future aspirations. He said, they are entering the Services at one of the best times in the history of post-independent India, when under Prime Minister Narendra Modi, India was on the ascent and would soon be a frontline nation of the world. From that point of view, he said, the young officers who have 30 to 35 years of service to render, will have the fortune of being contributors in the making of Modi’s New India.

Dr Jitendra Singh also recalled some of the path breaking reforms brought in the for the young probationers and IAS officers during the last six years. These, he said, included introduction of 3 month stint of mentorship at the Central government before giving over to the respective State or Union Territory to join the allotted cadre.

Dr Jitendra Singh also noted the demographic change which has taken place in the profile of toppers in the last few years. He said, while till about a decade ago only a certain few States of India repeatedly figured in the list of toppers, today we have toppers from States like Haryana, Punjab and Union Territory of Jammu & Kashmir, which is relatively a new phenomenon. Similarly, he said, virtually every year there is one or more than one-woman candidate among the first 3 toppers, he added.

Dr Jitendra Singh also observed the presence of twelve engineers in the first 25 toppers of this tear, which he hoped will add value to the work assigned to them in carrying out various specialized schemes and programmes introduced by the Modi Government.

While welcoming toppers of CSE 2019, Dr. C. Chandramouli, Secretary, Department of Personnel and Training congratulated all 20 toppers and wished for their bright future. He has advised all the candidates that they should be remembered that they have decided to opt for civil service as a career option for serving the society and development of the nation as this service only provides innumerable opportunities for working in the diverse fields. The candidates, therefore, should try their best for achieving an excellence, he added.

All the 20 toppers of CSE-2019 joined the felicitation programme through online video conference. They also expressed their views and displayed their utmost keenness for serving the nation.

The programme was attended by all the senior officers of the department. The vote of thanks was proposed by Shri Lok Ranjan, Additional Secretary, DoPT.