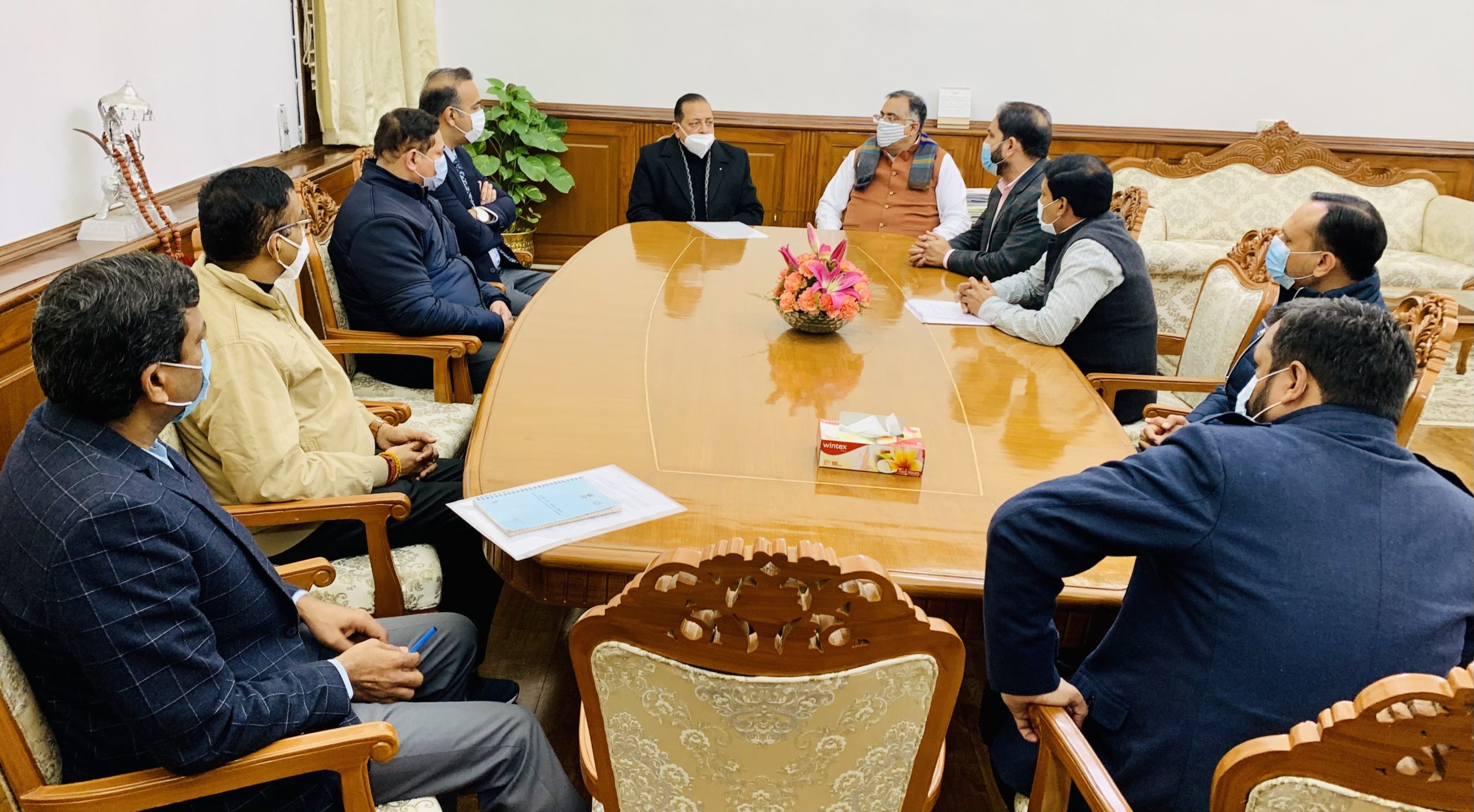 New Delhi: Union Minister of State (Independent Charge) Development of North Eastern Region (DoNER), MoS PMO, Personnel, Public Grievances, Pensions, Atomic Energy and Space, Dr.Jitendra Singh said here today that the DoPT (Department of Personnel & Training) is constantly striving to expedite the promotions and empanelment of officers, so that each of the government functionary gets his due on time and remains motivated to offer his or her services to the best of potential and ability.

Speaking to a delegation of senior officers of Punjab Civil Services (PCS), who called on him with a request to expedite their cases of induction into IAS (Indian Administrative Services), Dr.Jitendra Singh said, there was a tendency for delay in the past but over the last six years the processes have been streamlined with optimum utilisation of modern technology. He said, in the last few years, DoPT has followed a proactive approach in coordination with different Ministries and Departments of the Government of India as well as different State/UT governments to overcome bottlenecks or hurdles coming in the way of promotions or empanelment.

However, Dr.Jitendra Singh said, many of the delays in promotion in different categories in various Ministries are often due to multiple litigations, for which also, the DoPT has been constantly trying to work out via – media to move on. In case of induction of State/Provincial Service officers to All India Service, he said, many a time the delay is on account of delay in the cadre review exercise at the end of State/UT governments. For this purpose, also, DoPT keeps continuously reviewing and following up the cases with different State/UT governments. As far as the Punjab Civil Services are concerned, Dr Jitendra Singh said, the DoPT has already processed their cases and there were some clarifications from the UPSC which had to be responded to by the State government. However, he said, he has been given to understand that this process will also be concluded very soon.

Dr.Jitendra Singh said, he was of a firm view that timely promotion/ empanelment of officers and timely grant of increments played an important role in keeping the officials motivated so that they can perform their work to the best of their ability. He said, under Prime Minister Narendra Modi, the government has followed a policy of providing a work-friendly environment for the officials so that their initiative and enthusiasm does not get compromised for any reason.

Referring to a number of reforms brought in at the intervention and support of Prime Minister Narendra Modi, he made a mention of Prevention of Corruption (Amendment) Act brought in 2018 which envisages time bound disposal of cases and also prior permission for prosecution so that the performing honest officers do not have to face undue harassment.