Speaking on the occasion, the Minister said, eight years of administrative and pension reforms under Prime Minister Narendra Modi are aimed at social transformation. 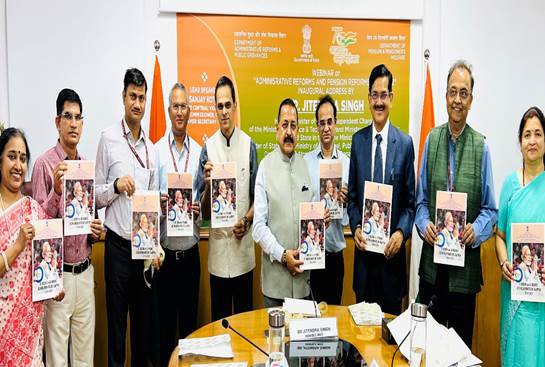 Delivering the inaugural address at a webinar on Administrative Reforms and Pension Reforms (2014-2022) in New Delhi, Dr Jitendra Singh said, large scale use of technology and integration approach are the twin pillars of both the revolutionary Governance and Pension Reforms carried out in the last eight years.

Dwelling on Pension Reforms, Dr Jitendra Singh said, ever since Narendra Modi came to power in 2014, the Department of Pension & Pensioners’ Welfare had introduced a number of revolutionary reforms including relaxation in the provision of Family Pension for divorced daughters and Divyangs, introduction of Face Recognition Technology through mobile app for ease in submitting Life Certificate by elderly pensioners, Electronic Pension Pay Order, assistance from Postal Department to facilitate pension process etc.

He said, moreover steps like extension of Family Pension to differently abled child of a deceased Government employee/Pensioner or giving a major hike in the Family Pension emoluments for Divyang children of a deceased government servant/pensioner are not only pension reforms but these are social reforms having wide implications.

Conference on fostering integrity in the Indian education…

Referring to the last month’s decision for relaxation of family pension rules for missing central government employees, Dr Jitendra Singh said the move will instil confidence among the employees working in extremist-infested and violence-prone areas. He said, the new rule has done away with seven-year mandatory wait and, in all cases, where a government servant covered by NPS goes missing during service, the benefits of family pension will be immediately paid to the family of the missing Government servant and in case he reappears and resumes service, the amount paid as family pension during the intervening time of his missing period can be accordingly deducted from his salary. 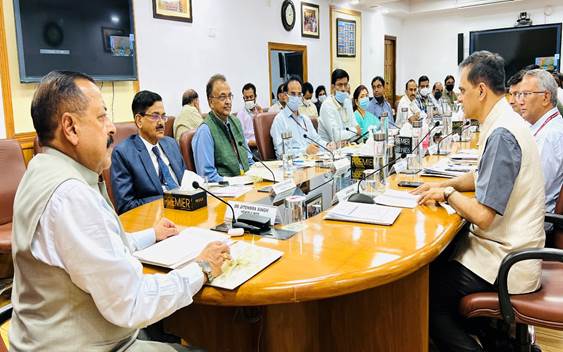 Dr Jitendra Singh also informed that at the behest of the Prime Minister, the Department also started a portal entitled “Anubhav” to show-case the experiences in Government of retiring officials which has now become a huge resource base for us. The Department not only introduced the concept of Pension Adalats but has leveraged technology to hold digital Adalats through video-conferencing. He informed that since 2017, some 22,494 pensioners’ grievances have been taken up and 16,061 matters resolved on the spot in Pension Adalats. The Minister said, the Department of Pension & Pensioners’ Welfare has ensured end-to-end digitization of the Pension payment process by making BHAVISHYA software mandatory for all the Ministries to process their pension cases. He stated that this software has laid out dead-lines for every stakeholder to complete the Pension processing so that pension is started on time.

On Administrative Reforms, Dr Jitendra Singh listed out several out of box ideas like abolishing the century old colonial practice of attestation of documents by a gazetted officer and replacing it by self-attestation, doing away with interview for Group-B (Non- Gazetted) and Group – C posts in the Central Government since 2016, three month Central stint for fresh IAS officers as Assistant Secretary, change in the nature of PM Excellence Award and abolition of around 1450 rules, which have become obsolete.

Dr Jitendra Singh said, after 2014, the process and selection of PM’s Excellence Award have been institutionalised and now this is based on the performance of the district, rather than that of the District Collector or individual civil servant. He said, another improvisation brought is to assess the scale and rating of the implementation of Flagship Schemes in the district.

Referring to Mission Karmayogi’s main mantra of moving from “Rule to Role”, Dr Jitendra Singh said, the Civil Servants must train themselves for a new and challenging assignment as most of the flagship schemes of the Government are now hugely Science and Technology based.

Conference on fostering integrity in the Indian education landscape

iednewsdesk Jun 1, 2022
Brain aneurysms are dangerous — causing death or neurological deficits if they rupture. But over two-thirds of…

University of Texas at Dallas: Neuroscientist Seeks Origins of…