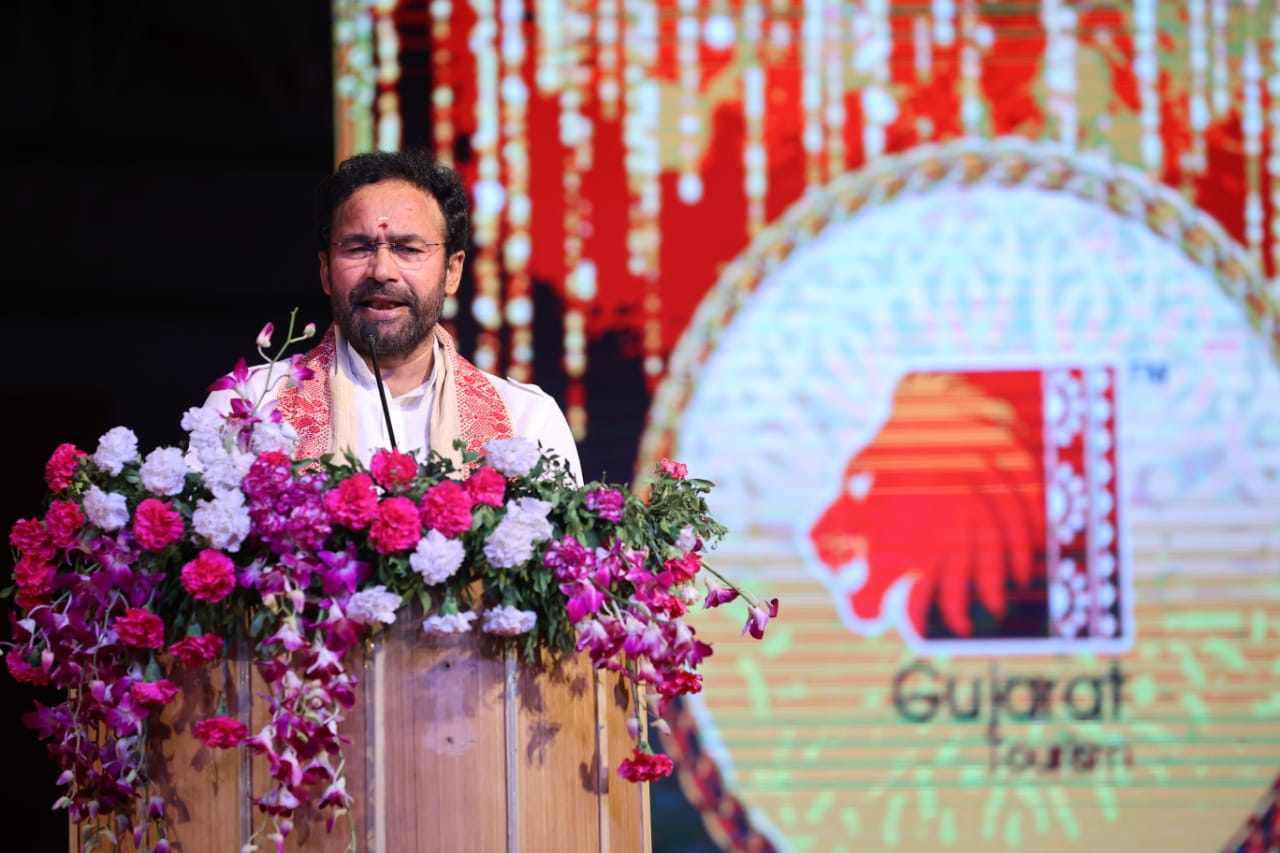 Minister said that Madhavpur fair is a manifestation of India’s cultural richness. It is a melting pot of India’s religious, historical and cultural vibrancy of different States of India. In his Man Ki Baat radio address last month Prime Minister Sri Narendra Modi said that the Madhavpur Ghed is an example of ‘Ek Bharat Shrestha Bharat’ as it commemorates and celebrates the marriage of Lord Krishna from Dwarka, Gujarat to Princess Rukmini from the North-eastern region of India. Our cultural heritage recognises the deep relationship between the Eastern parts and West parts of Indian which is our heritage.

He added that the 4-day fair is not just a means of entertainment but is an event of national significance. It is rare that a cultural even of this scale is organized where many skilled artists from different States participate and showcase their distinctive cultural skills, he added.

Shri Kishan Reddy extolled India’s magnificent past, especially the precious knowledge and skills bestowed upon us as legacy. He added that ancient texts like Ramayana, Mahabharat, Upanishads hold within them a sea of knowledge that continues to guide us even today. They hold solutions to almost every problem of mankind, which attracts people from all over the world to India since centuries, he said. He said that Ghed Fair is yet again a legacy of that glorious past which symbolically teaches us values of unity and integration.

He further added that the Madhavpur Ghed is also a shining example of ‘Atmanirbhar Bharat’, with several artists, craftsmen, chefs, dancers, singers, folk artists from different States, coming together and showcasing their prowess. It is a great platform to encourage our indigenous artists to reach out to national and international audience.

Minister also lauded Gujarat’s for transforming an ancient fair to a modern large-scale event, while keeping its identity and essence intact. He also appreciated how the artists at the Fair, have been celebrating 75 years India’s independence in their own unique ways and are bringing ‘Azadi ka Amrit Mahotsav’ closer to our hearts and consciousness.