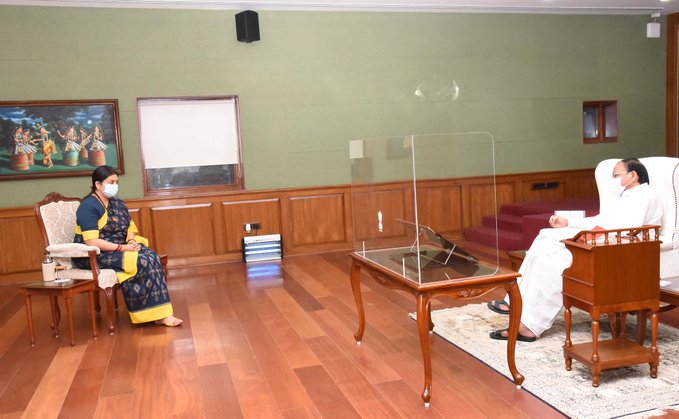 New Delhi: Vice President Shri M Venkaiah Naidu today welcomed the recent amendment to the Juvenile Justice (Care and Protection of Children) Act and stressed the need for its effective implementation at the grass-root level.

Shri Naidu made these remarks when the Union Minister for Women and Child Development, Smt. Smriti Irani, called on him at Upa-Rashtrapati Nivas. The Vice President stated that he had received numerous representations on the issues concerning orphaned children.

The Minister briefed him on the salient features of the Juvenile Justice (Care and Protection of Children (Amendment) Bill, 2021, which was passed recently by the Rajya Sabha.

She also mentioned about various initiatives, including the support and rehabilitation measures being implemented by the Centre in partnership with the States for the welfare of the orphans.

Shri Naidu said that he has a “soft corner” for orphaned children and reiterated that it was the collective responsibility of the society and the government to ensure their protection and welfare.

Recently, a group of orphaned children met him at Upa-Rashtrapati Nivas.