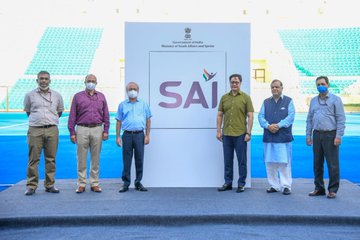 Speaking about the significance of the new SAI logo, Shri. Rijiju said, “SAI has been the leader in the sports ecosystem and the primary agent of promoting sporting excellence. It has given athletes necessary support so that they have their sporting careers can take-off smoothly and they can fly towards a life of achievements and sporting glory – that is what the flying figure indicates – the freedom an athlete gets to leapfrog his/her career in SAI. The word SAI itself gives the identity to the organisation among various stakeholders being the acronym of Sports Authority of India. The Indian Tricolour and blue colour of chakra adds the national fervor as SAI has nurtured some of the biggest names in the sports fraternity, who represent India at the world stage.”

Flipkart signs MoU with Society for Elimination of Rural…

Secretary, Sports, Shri Ravi Mittal congratulated SAI for taking up the initiative of designing a new logo for which a large number of good entries were received.