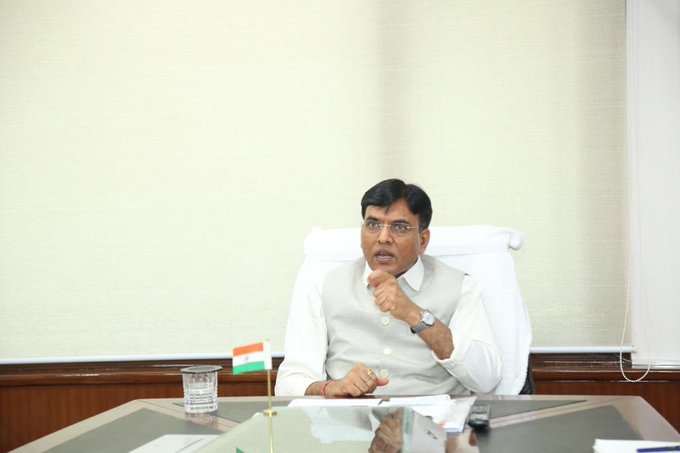 This is the first ever largest virtual exhibition in India making a new beginning. This is the new norm, wherein business will happen virtually as Digital India is now making a way forward.

Speaking at the Inauguration, Minister said that an ecosystem is being built for a self-reliant India, which will help in ramping up domestic production in Pharmaceutical Sector and Health & Hygiene Sector. Health, Hygiene & Sanitation, Medical Textiles & Devices, AYUSH and Wellness sector assume greater significance in our resolute fight against the COVID 19 pandemic. He highlighted various initiatives announced in this direction by the Honourable PM since 2014 such as providing toilets for every household, “Ayushman Bharat” to cover 10 crore family for healthcare, “Swatch Bharat Abhiyan”, “Suvidha Sanitary” Napkin etc.. He also spoke about Jan Aushadhi stores which are providing quality medicines at affordable price for everyone. Shri Mandaviya elaborated how all these initiatives became possible due to firm vision of Narendra Modi Government.

The Minister emphasised the importance of better Women Health which he said is an area where we all should focus and work upon. He gave the example of “Suvidha Sanitary” Napkin sold in Jan Aushadhi Stores at Rs.1/- per pad. Such initiatives are unique way of ensuring health hygiene of womenfolk of the country. He agreed with Ms P V Sindhu that Fitness and Hygiene are integral part of Healthcare sector. “One has to be physically fit and manage exercise routine to keep one healthy,” he added.

Shri Mandaviya also spoke about the recent policy announcement of Government giving incentives for setting up of Bulk Drug Park and Medical Device Park in India. He said that Government is ready to help the Private Sector if they want to set up such parks in India by equity participation. He explained how such announcements will act as a cog in the wheel of #Atmanirbharat Abhiyan announced by the Prime Minister.

Minister acknowledged the efforts by all citizens and especially praised the frontline workers, the doctors, nurses, police etc. He appreciated and made special acknowledgement to the manufacturing community who rose to the occasion converting challenges into opportunity. From ramping up the health infra, creating beds to manufacturing PPE Kits, Masks, Ventilators and devices. He stated that India Inc. has supported the government shoulder to shoulder.

Shri Mandaviya also spoke about the benefits of AYUSH and how the preparations of AYUSH are immunity booster. “Traditional medicines are playing an important role in supporting the Government’s efforts to tackle the Corona crisis,” he said.

This Father’s Day, Paree celebrates the everlasting bond between Fathers & their #PapaKiParee